SuperBetter:
A Revolutionary Approach to Getting Stronger, Happier, Braver and More Resilient—Powered by the Science of Games

in conversation with SCOT OSTERWEIL

Harvard Book Store welcomes internationally renowned game designer and bestselling author of Reality is Broken JANE MCGONIGAL and Creative Director of the Education Arcade SCOT OSTERWEIL for a discussion of McGonigal's latest book, SuperBetter: A Revolutionary Approach to Getting Stronger, Happier, Braver and More Resilient—Powered by the Science of Games.

This event is co-sponsored by the MIT Game Lab and Education Arcade.

In 2009 Jane McGonigal suffered a severe concussion. Unable to think clearly or work or even get out of bed, she became anxious and depressed, even suicidal. But rather than let herself sink further, she decided to get better by doing what she does best: she turned her recovery process into a resilience-building game. What started as a simple motivational exercise quickly became a set of rules for “post-traumatic growth” that she shared on her blog. These rules led to a digital game and a major research study with the National Institutes of Health. Today nearly half a million people have played SuperBetter to get stronger, happier, and healthier.

But the life-changing ideas behind SuperBetter are much bigger than just one game. In this book, McGonigal reveals a decade’s worth of scientific research into the ways all games—including videogames, sports, and puzzles—change how we respond to stress, challenge, and pain. She explains how we can cultivate new powers of recovery and resilience in everyday life simply by adopting a more “gameful” mind-set. Being gameful means bringing the same psychological strengths we naturally display when we play games—such as optimism, creativity, courage, and determination—to real-world goals.

Drawing on hundreds of studies, McGonigal shows that getting superbetter is as simple as tapping into the three core psychological strengths that games help you build:

SuperBetter contains nearly 100 playful challenges anyone can undertake in order to build these gameful strengths. It includes stories and data from people who have used the SuperBetter method to get stronger in the face of illness, injury, and other major setbacks, as well as to achieve goals like losing weight, running a marathon, and finding a new job.

As inspiring as it is down to earth, and grounded in rigorous research, SuperBetter is a proven game plan for a better life. You’ll never say that something is “just a game” again. 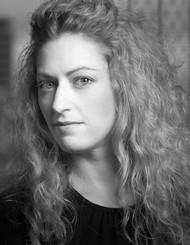 Jane McGonigal, PhD, is a senior researcher at the Institute for the Future and the author of The New York Times bestseller Reality Is Broken: Why Games Make Us Better and How They Can Change the World. Her work has been featured in The Economist, Wired, and The New York Times and on MTV, CNN, and NPR. She has been called one of the top ten innovators to watch (BusinessWeek), one of the one hundred most creative people in business (Fast Company), and one of the fifty most important people in the gaming industry (Game Developers Magazine). Her TED talks on games have been viewed more than ten million times. 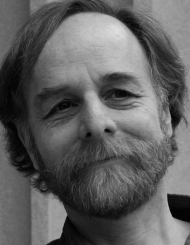 Scot Osterweil is the Creative Director of the Education Arcade and a research director in the MIT Comparative Media Studies/Writing Program. He is the creator of the acclaimed Zoombinis series of math and logic games, and leads a number of projects in the Education Arcade, including the MIT/Smithsonian curated game, Vanished (environmental science), Labyrinth (math), Kids Survey Network (data and statistics), Caduceus (medical science), iCue (history and civics) and the Hewlett Foundation’s Open Language Learning Initiative (ESL). He is a founding member of the Learning Games Network.