Merchants of Truth:
The Business of News and the Fight for Facts

Harvard Book Store and Mass Humanities welcome renowned journalist JILL ABRAMSON—Harvard University senior lecturer and former executive editor of the New York Times—for a discussion of her latest book, Merchants of Truth: The Business of News and the Fight for Facts.

About Merchants of Truth

Merchants of Truth is the groundbreaking and gripping story of the precarious state of the news business told by one of our most eminent journalists.

Jill Abramson follows four companies: The New York Times, The Washington Post, BuzzFeed, and VICE Media over a decade of disruption and radical adjustment. The new digital reality nearly kills two venerable newspapers with an aging readership while creating two media behemoths with a ballooning and fickle audience of millennials. We get to know the defenders of the legacy presses as well as the outsized characters who are creating the new speed-driven media competitors. The players include Jeff Bezos and Marty Baron (The Washington Post), Arthur Sulzberger and Dean Baquet (The New York Times), Jonah Peretti (BuzzFeed), and Shane Smith (VICE) as well as their reporters and anxious readers.

Merchants of Truth raises crucial questions that concern the well-being of our society. We are facing a crisis in trust that threatens the free press. Abramson’s book points us to the future.

“In the tradition of David Halberstam’s The Powers That Be, Jill Abramson has woven amazing reporting with sharp insights and personal experiences to capture a momentous transformation in journalism. Filled with colorful inside stories, this book is essential for anyone who wants to understand today’s media and how it is affecting our society.” —Walter Isaacson, New York Times bestselling author of Steve Jobs and Leonardo da Vinci

"Better than many in her business, Abramson understands the roiling craft of journalism from the inside . . . A highly readable combination of significant topic, deep reporting, endlessly fascinating anecdotes, and vivid writing." —Kirkus Reviews, starred review 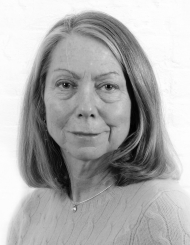 Jill Abramson held senior editorial positions at The New York Times, being the first woman to serve as Washington bureau chief, managing editor, and executive editor. She spent nine years at The Wall Street Journal. She is the author of Merchants of Truth: The Business of News and the Fight for Facts, and co-author of Strange Justice: The Selling of Clarence Thomas, a National Book Award finalist. A senior lecturer at Harvard University, she writes a column about U.S. politics for The Guardian.