The Family Roe:
An American Story

in conversation with CALLIE CROSSLEY

Harvard Book Store welcomes award-winning author JOSHUA PRAGER for a discussion of his Pulitzer Prize-finalist book The Family Roe: An American Story. He will be joined in conversation by Emmy Award-winning producer and Boston-based radio show host CALLIE CROSSLEY.

About The Family Roe

Despite her famous pseudonym, “Jane Roe,” no one knows the truth about Norma McCorvey (1947–2017), whose unwanted pregnancy in 1969 opened a great fracture in American life. Journalist Joshua Prager spent hundreds of hours with Norma, discovered her personal papers―a previously unseen trove―and witnessed her final moments. The Family Roe presents her life in full. Propelled by the crosscurrents of sex and religion, gender and class, it is a life that tells the story of abortion in America.

Prager begins that story on the banks of Louisiana’s Atchafalaya River where Norma was born, and where unplanned pregnancies upended generations of her forebears. A pregnancy then upended Norma’s life too, and the Dallas waitress became Jane Roe.

Drawing on a decade of research, Prager reveals the woman behind the pseudonym, writing in novelistic detail of her unknown life from her time as a sex worker in Dallas, to her private thoughts on family and abortion, to her dealings with feminist and Christian leaders, to the three daughters she placed for adoption.

Prager found those women, including the youngest―Baby Roe―now fifty years old. She shares her story in The Family Roe for the first time, from her tortured interactions with her birth mother, to her emotional first meeting with her sisters, to the burden that was uniquely hers from conception.

The Family Roe abounds in such revelations―not only about Norma and her children but about the broader “family” connected to the case. Prager tells the stories of activists and bystanders alike whose lives intertwined with Roe. In particular, he introduces three figures as important as they are unknown: feminist lawyer Linda Coffee, who filed the original Texas lawsuit yet now lives in obscurity; Curtis Boyd, a former fundamentalist Christian, today a leading provider of third-trimester abortions; and Mildred Jefferson, the first black female Harvard Medical School graduate, who became a pro-life leader with great secrets.

An epic work spanning fifty years of American history, The Family Roe will change the way you think about our enduring American divide: the right to choose or the right to life.

Praise for The Family Roe

"The Family Roe is a work of deep empathy without sentimentality, a recovery of fact over myth, a quintessentially American story." ―Linda Greenhouse, Pulitzer Prize-winning journalist and Joseph M. Goldstein Lecturer in Law at Yale Law School 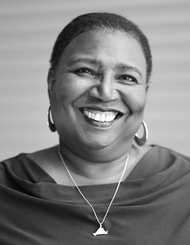 Callie Crossley hosts the radio show and podcast Under the Radar with Callie Crossley and shares radio essays each Monday on GBH’s Morning Edition. She also hosts Basic Black, which focuses on current events impacting communities of color and appears weekly on Boston Public Radio. Ms. Crossley has won numerous TV, radio, film and journalism awards, including the prestigious Gold Baton DuPont Columbia award, a national Edward R. Murrow Award, a national Emmy Award and an Academy Award nomination for her producer work on the documentary series Eyes on the Prize: America’s Civil Rights Years. She was recently named one of four 2022 recipients of the Governor’s Award in the Humanities. 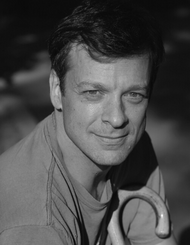 Joshua Prager’s latest book is The Family Roe: An American Story. The New York Times called it “an honest glimpse into the American soul,” and it was a finalist for the Pulitzer Prize. He is also the author of The Echoing Green (a Washington Post Best Book of the Year) and 100 Years, a collaboration with Milton Glaser, the graphic designer who created the I ♥ NY logo. Joshua has written for the Atlantic, Vanity Fair, the New York Times, and the Wall Street Journal. He was a Nieman fellow at Harvard and a Fulbright Distinguished Chair at Hebrew University, and has spoken at venues including TED and Google. He lives in New Jersey with his wife and two daughters.