Make Me:
A Jack Reacher Novel

Harvard Book Store and the the Harvard University Department of English are thrilled to welcome internationally bestselling author of the Jack Reacher novels LEE CHILD and world-renowned author STEPHEN KING for a discussion of Lee Child's latest book in the Jack Reacher series, Make Me. A book signing with Lee Child will follow the discussion.

Tickets go on sale Tuesday, August 11 at 12 noon through the Harvard Box Office only:

Tickets are $32. Each ticket includes a copy of Make Me by Lee Child. These copies of the book may only be picked up at the venue the night of the event, and cannot be picked up in-store beforehand.

Those joining the signing line may each bring up to two (2) additional Lee Child books from home to be signed.

Please note: Stephen King will not be joining the book signing.

“Why is this town called Mother’s Rest?” That’s all Reacher wants to know. But no one will tell him. It’s a tiny place hidden in a thousand square miles of wheat fields, with a railroad stop, and sullen and watchful people, and a worried woman named Michelle Chang, who mistakes him for someone else: her missing partner in a private investigation she thinks must have started small and then turned lethal.

Reacher has no particular place to go, and all the time in the world to get there, and there’s something about Chang . . . so he teams up with her and starts to ask around. He thinks: How bad can this thing be? But before long he’s plunged into a desperate race through LA, Chicago, Phoenix, and San Francisco, and through the hidden parts of the internet, up against thugs and assassins every step of the way—right back to where he started, in Mother’s Rest, where he must confront the worst nightmare he could imagine.

Walking away would have been easier. But as always, Reacher’s rule is: If you want me to stop, you’re going to have to make me.

“Reacher is the stuff of myth. . . . One of this century’s most original, tantalizing pop-fiction heroes.” —The Washington Post 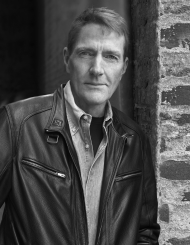 Lee Child was born in 1954 in Coventry, England, but spent his formative years in the nearby city of Birmingham. By coincidence he won a scholarship to the same high school that JRR Tolkien had attended. He went to law school in Sheffield, England, and after part-time work in the theater he joined Granada Television in Manchester for what turned out to be an eighteen-year career as a presentation director during British TV’s “golden age.” During his tenure his company made Brideshead Revisited, The Jewel in the Crown, Prime Suspect, and Cracker. But he was fired in 1995 at the age of 40 as a result of corporate restructuring. Always a voracious reader, he decided to see an opportunity where others might have seen a crisis and bought six dollars’ worth of paper and pencils and sat down to write a book, Killing Floor, the first in the Jack Reacher series. Killing Floor was an immediate success and launched the series which has grown in sales and impact with every new installment. 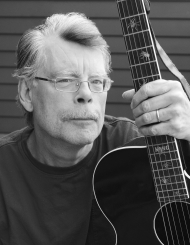 Tickets are $32. Each ticket includes a copy of Make Me by Lee Child.

Tickets are available through the Harvard Box Office only: in person at the Smith Campus Center, over the phone at 617.496.2222, or online at https://www.boxoffice.harvard.edu/.

As you exit the station, reverse your direction and walk east along Mass. Ave. in front of the Cambridge Savings Bank. Cross Dunster St. and proceed along Mass. Ave for three more blocks. Take a left on Quincy St. and walk two blocks. Memorial Hall will be the large red brick building on your left side. Sanders Theatre is the main auditorium in Memorial Hall.