The Superwoman and Other Writings by Miriam Michelson

in conversation with JOAN MICHELSON

Harvard Book Store welcomes editor LORI HARRISON-KAHAN—Associate Professor of the Practice of English at Boston College—for a discussion of her latest book, The Superwoman and Other Writings by Miriam Michelson. She will be joined in conversation by JOAN MICHELSON, the great-great niece of Miriam Michelson and host of the acclaimed podcast Green Connections Radio.

About The Superwoman and Other Writings by Miriam Michelson

The Superwoman and Other Writings by Miriam Michelson is the first collection of newspaper articles and fiction written by Miriam Michelson (1870–1942), best-selling novelist, revolutionary journalist, and early feminist activist. Editor Lori Harrison-Kahan introduces readers to a writer who broke gender barriers in journalism, covering crime and politics for San Francisco’s top dailies throughout the 1890s, an era that consigned most female reporters to writing about fashion and society events. In the book’s foreword, Joan Michelson—Miriam Michelson’s great-great niece, herself a reporter and advocate for women’s equality and advancement—explains that in these trying political times, we need the reminder of how a "girl reporter" leveraged her fame and notoriety to keep the suffrage movement on the front page of the news.

The Superwoman and Other Writings by Miriam Michelson offers a cross-section of Michelson’s eclectic career as a reporter by showcasing a variety of topics she covered, including the treatment of Native Americans, profiles of suffrage leaders such as Susan B. Anthony and Charlotte Perkins Gilman, and police corruption. The book also traces Michelson’s evolution from reporter to fiction writer, reprinting stories such as "In the Bishop’s Carriage" (1904), a scandalous picaresque about a female pickpocket; excerpts from the Saturday Evening Post series, "A Yellow Journalist" (1905), based on Michelson’s own experiences as a reporter in the era of Hearst and Pulitzer; and the title novella, The Superwoman, a trailblazing work of feminist utopian fiction that has been unavailable since its publication in The Smart Set in 1912.

Readers will see how Michelson’s newspaper work fueled her imagination as a fiction writer and how she adapted narrative techniques from fiction to create a body of journalism that informs, provokes, and entertains, even a century after it was written.

Praise for The Superwoman and Other Writings by Miriam Michelson

"This is a strong reminder that women worked hard for the right to tell the stories of our nation in their own voice. I am humbled by the women who came before me as I read about their struggles and perseverance. Especially today, as so many women fight for recognition and respect, it is important to look back at the long road we have already traveled and gain strength." —Soledad O’Brien, journalist

"Miriam Michelson’s voice comes roaring back from the Progressive Era, full of rollicking stories about Amazons, girl thieves, and feminist radicals. Whether she was covering news or writing fiction, Michelson modeled the kind of public engagement our own era desperately needs. Lori Harrison-Kahan has reintroduced a fierce, funny writer we should never have forgotten." —Jean M. Lutes, author of Front-Page Girls: Women Journalists in American Literature and Culture, 1880–1930

"Miriam’s story reminds us that women journalists bring different voices to the forefront—in the stories they cover and the way they cover them. . . . Here’s a toast of gratitude to Aunt Miriam, other women journalists and the suffragists, who earned women the rights and privileges we take for granted today and for those who continue to fight for them. As Abigail Adams implored her husband John Adams during the Continental Congress forming the United States, we 'remember the ladies.'" —Joan Michelson, Forbes.com 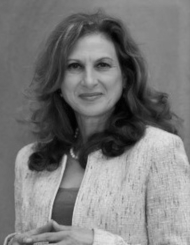 Joan Michelson is the great-great niece of Miriam Michelson and an award-winning creative social impact leader, journalist, coach, and public speaker. She is also executive producer and host of the acclaimed podcast Green Connections Radio, about remarkable women in STEM who are changing the world and what others can learn from them. 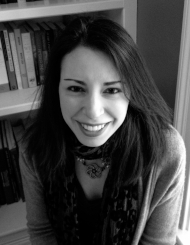 Lori Harrison-Kahan is an Associate Professor of the Practice of English at Boston College. She is the author of The White Negress: Literature, Minstrelsy, and the Black-Jewish Imaginary (Rutgers, 2011).