The Old Drift:
A Novel

in conversation with GLENDA R. CARPIO

Harvard Book Store, GrubStreet, and the Hutchins Center for African and African American Research at Harvard University welcome acclaimed writer and UC Berkeley professor NAMWALI SERPELL for a discussion of her debut novel, The Old Drift.

About The Old Drift

On the banks of the Zambezi River, a few miles from the majestic Victoria Falls, there was once a colonial settlement called The Old Drift. Here begins the epic story of a small African nation, told by a mysterious swarm-like chorus that calls itself man’s greatest nemesis. The tale? A playful panorama of history, fairytale, romance, and science fiction. The moral? To err is human.

In 1904, in a smoky room at the hotel across the river, an Old Drifter named Percy M. Clark, foggy with fever, makes a mistake that entangles the fates of an Italian hotelier and an African busboy. This sets off a cycle of unwitting retribution between three Zambian families (black, white, brown) as they collide and converge over the course of the century, into the present and beyond. As the generations pass, their lives—their triumphs, errors, losses, and hope—form a symphony about what it means to be human.

From a woman covered with hair and another plagued with endless tears, to forbidden love affairs and fiery political ones, to homegrown technological marvels like Afronauts, microdrones and viral vaccines—this gripping, unforgettable novel sweeps over the years and the globe, subverting expectations along the way. Exploding with color and energy, The Old Drift is a testament to our yearning to create and cross borders, and a meditation on the slow, grand passage of time.

“In turns charming, heartbreaking, and breathtaking, The Old Drift is a staggeringly ambitious, genre-busting multigenerational saga with moxie for days . . . I wanted it to go on forever. A worthy heir to Gabriel García Márquez’s One Hundred Years of Solitude.” —Carmen Maria Machado, author of Her Body and Other Parties

“From the poetry and subtle humor constantly alive in its language, to the cast of fulsome characters that defy simple categorization, The Old Drift is a novel that satisfies on all levels. Namwali Serpell excels in creating portraits of resilience—each unique and often heartbreaking. In The Old Drift the individual struggle is cast against a world of shifting principles and politics, and Serpell captures the quicksand nature of a nation’s roiling change with exacting precision. My only regret is that once begun, I reached the end all too soon.” —Alice Sebold, author of The Lovely Bones

"Recalling the work of Toni Morrison and Gabriel García Márquez as a sometimes magical, sometimes horrifically real portrait of a place, Serpell’s novel goes into the future of the 2020s, when the various plot threads come together in a startling conclusion. Intricately imagined, brilliantly constructed, and staggering in its scope, this is an astonishing novel." —Publishers Weekly, starred review

Henry Louis Gates Jr., originally scheduled to join this event in conversation, is no longer able to attend. We're pleased to announce that Glenda R. Carpio, Professor of African and African American Studies and English at Harvard, will be joining Namwali for this discussion. 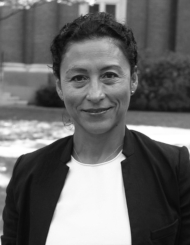 Glenda R. Carpio is Professor of African and African American Studies and English at Harvard University, and the author of Laughing Fit to Kill: Black Humor in the Fictions of Slavery. She received her Ph.D. in English from the University of California, Berkeley. She was named one of the ROOT.com 100 for 2010. 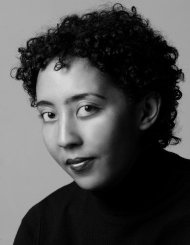 Namwali Serpell is a Zambian writer who teaches at the University of California, Berkeley. She won the 2015 Caine Prize for African Writing for her story “The Sack.” She received a Rona Jaffe Foundation Writers’ Award for women writers in 2011 and was selected for the Africa39, a 2014 Hay Festival project to identify the best African writers under forty. Her first published story, “Muzungu,” was selected for The Best American Short Stories 2009 and shortlisted for the 2010 Caine Prize. Her fiction and nonfiction have appeared in the New Yorker, McSweeney’s, Tin House, The Guardian, the New York Review of Books, and more.