A woman writer visits a Europe in flux, where questions of personal and political identity are rising to the surface and the trauma of change is opening up new possibilities of loss and renewal. Within the rituals of literary culture, Faye finds the human story in disarray amid differing attitudes toward the public performance of the creative persona. She begins to identify among the people she meets a tension between truth and representation, a fissure that accrues great dramatic force as Kudos reaches a profound and beautiful climax.

In this conclusion to her groundbreaking trilogy, Cusk unflinchingly explores the nature of family and art, justice and love, and the ultimate value of suffering. She is without question one of our most important living writers.

"[Cusk] has that ability, unique to the great performers in every art form, to hold one rapt from the moment she appears . . . A stark, modern, adamantine new skyscraper on the literary horizon." ―Dwight Garner, The New York Times

“[Cusk] has achieved something both radical and beautiful . . . [Kudos is] a book about failure that is not, in itself, a failure. In fact, it is a breathtaking success.” ―Katy Waldman, The New Yorker

“This important trilogy, then, through its eloquent polyphony of voices and opinions, arrives at an idea of feminist art in opposition to the confessional mode that has long been in ascendance. Ms. Cusk’s tools are ambivalence and elusiveness―or, to rearrange James Joyce’s terms of independence: exile, cunning and silence.” ―Sam Sacks, The Wall Street Journal 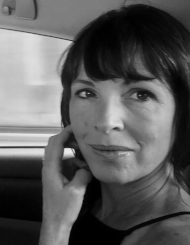 Rachel Cusk is the author of Outline, Transit, the memoirs A Life’s Work, The Last Supper, and Aftermath, and several other novels: Saving Agnes, winner of the Whitbread First Novel Award; The Temporary; The Country Life, which won a Somerset Maugham Award; The Lucky Ones; In the Fold; Arlington Park; and The Bradshaw Variations. She was chosen as one of Granta’s 2003 Best of Young British Novelists. She lives in London.

Tickets are available online only at harvard.com and harvardbookstore.eventbrite.com. All tickets for this event include a $5 coupon for use in the bookstore. Pre-sale tickets include a copy of Kudos. Books bundled with pre-sale tickets may only be picked up at the venue the night of the event, and cannot be picked up in-store beforehand.