in conversation with STEPHANIE BURT

Harvard Book Store welcomes award-winning author, marketing strategist, and public speaker RACHEL GOLD for a discussion of her novel, Being Emily. She will be joined in conversation by acclaimed poet, literary critic, and Harvard professor STEPHANIE BURT.

They say that whoever you are, it's okay—you were born that way. Those words don't comfort Emily, because she was born Christopher and her insides know that her outsides are all wrong.

They say that it gets better, be who you are and it'll be fine. For Emily, telling her parents who she really is means a therapist who insists Christopher is normal and Emily is sick. Telling her girlfriend means lectures about how God doesn't make that kind of mistake.

Emily desperately wants high school in her small Minnesota town to get better. She wants to be the woman she knows is inside, but it's not until a substitute therapist and a girl named Natalie come into her life that she believes she has a chance of actually Being Emily.

In this new, expanded Anniversary Edition you will find:

"Rachel Gold has crafted an extraordinarily poignant novel in Being Emily . . . The careful and deliberate spacing of Claire’s chapters are extraordinary; resulting is a pacing of action that is gripping. There is definitely gold to be found in this well-constructed novel." —Lambda Literary Review

"I couldn't put it down . . . It’s not a sad or angst-ridden story at all. Instead, it feels incredibly honest, and there are moments of joy, anger, and sorrow, laced together in a way that will make you cry and laugh along with the characters. It doesn’t shy away from the hardship but it also doesn’t make the claim that this hard stuff is all a trans person’s life is ever . . . All in all, I think this is an excellent book that captures an honest, painful, but ultimately hopeful and joyful story of a young trans teen." —GayYA.org 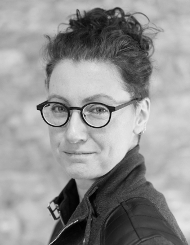 Rachel Gold is the award-winning author of Just Girls and Being Emily, the first young adult novel to tell the story of a trans girl from her perspective. She has a B.A. in English and Religious Studies from Macalester College and an MFA in Writing from Hamline University. As a marketing strategist, Rachel presents regularly to audiences of up to 400 and trains professionals on topics ranging from branding to creating an online presence. But if that makes her sound too corporate and stuffy, you should know that Rachel is an all-around geek and avid gamer. 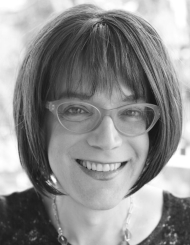