in conversation with DANIEL JOSEPH

Harvard Book Store welcomes award-winning translator SAM BETT for a discussion of his experience translating YUKIO MISHIMA's novel Star for an English-reading audience. He will be joined in conversation by musician and translator DANIEL JOSEPH.

All eyes are on Rikio. And he likes it, mostly. His fans cheer, screaming and yelling to attract his attention―they would kill for a moment alone with him. Finally the director sets up the shot, the camera begins to roll, someone yells “action”; Rikio, for a moment, transforms into another being, a hardened young yakuza, but as soon as the shot is finished, he slumps back into his own anxieties and obsessions.

Being a star, constantly performing, being watched and scrutinized as if under a microscope, is often a drag. But so is life. Written shortly after Yukio Mishima himself had acted in the film Afraid to Die, this novella is a rich and unflinching psychological portrait of a celebrity coming apart at the seams. With exquisite, vivid prose, Star begs the question: is there any escape from how we are seen by others?

“This 1961 novel is finally getting the translation it has so long deserved. The psychologically complex story of Rikio Mizuno, young star of a series of gangster films, is based in part on Mishima’s own experiences as an actor. This is a landmark novel of 20th century Japan, and you no longer have to learn Japanese to read it.” —Jeff Somers, Barnes and Noble

“This little novella gives a bang-filled rush, reflecting on the empty deceit of fame and the psychology of celebrity. Once you're on top of the world, can you ever escape it?” —Literary Hub

“Mishima’s ethereal 1961 novel, published for the first time in English, showcases the strains of fame on a young movie star. Mishima is a master of the psychological: this nimble novella about the costs and delusions of constant public attention will resonate with readers.” —Publishers Weekly 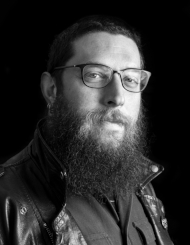 Daniel Joseph is a musician, literary and academic translator, and Cambridge native. He holds a master's degree from Harvard University in medieval Japanese literature, and has translated texts ranging from the 11th century to the 21st. His current projects include forthcoming translations of stories by punk singer-turned-author Ko Machida and women's science fiction pioneer Izumi Suzuki. 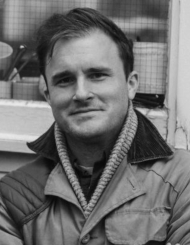 Sam Bett studied Japanese and English Literature at UMass-Amherst and Kwansei Gakuin University. Awarded Grand Prize in the 2016 JLPP International Translation Competition, he has translated fiction by Yoko Ogawa, Yukio Mishima, and NISIOISIN. He also co-hosts Us&Them, a Brooklyn-based reading series showcasing the work of writers who translate. With David Boyd, he is cotranslating the novels of Mieko Kawakami for Europa Editions.