The End of Asylum

Harvard Book Store's virtual event series welcomes eminent legal scholars JAYA RAMJI-NOGALES, ANDREW I. SCHOENHOLTZ, and PHILIP G. SCHRAG for a discussion of their latest, co-authored book, The End of Asylum. Their conversation will be moderated by JULIA PRESTON, contributing writer at The Marshall Project.

While payment is not required, we are suggesting a $5 contribution to support this author series, our staff, and the future of Harvard Book Store—a locally owned, independently run Cambridge institution. In addition, by purchasing a copy of The End of Asylum on harvard.com, you support indie bookselling and the writing community during this difficult time.

About The End of Asylum

Donald Trump's 2016 campaign centered around immigration issues such as his promise to build a border wall separating the US and Mexico. While he never built a physical wall, he did erect a legal one. Over the past three years, the Trump administration has put forth regulations, policies, and practices all designed to end opportunities for asylum seekers. If left unchecked, these policies will effectually lead to the end of asylum, turning the United States—once a global leader in refugee aid—into a country with one of the most restrictive asylum systems.

In The End of Asylum, three experts in immigration law offer a comprehensive examination of the rise and demise of the US asylum system. Beginning with the Refugee Act of 1980, they describe how Congress adopted a definition of refugee based on the UN Refugee Convention and prescribed equitable and transparent procedures for a uniform asylum process. The authors then chart the evolution of this process, showing how Republican and Democratic administrations and Congresses tweaked the asylum system but maintained it as a means of protecting victims of persecution—until the Trump administration. By expanding his executive reach, twisting obscure provisions in the law, undermining past precedents, and creating additional obstacles for asylum seekers, Trump's policies have effectively ended asylum. The book concludes with a roadmap and a call to action for the Biden administration and Congress to repair and reform the US asylum system.

This eye-opening work reveals the extent to which the Trump administration has dismantled fundamental American ideals of freedom from persecution and shows us what we can do about it.

Praise for The End of Asylum

"The US asylum system has long served as a beacon of liberty for those fleeing persecution in their homelands—and for decades, enjoyed bipartisan support. As we dig out from the rubble of the Trump administration, this book is required reading to understand how his administration wrecked America's commitment to humanitarian protection. From the genesis of the asylum process to its evolution over time, Schoenholtz, Ramji-Nogales, and Schrag meticulously detail how the administration weaponized regulations, decisions, and policies to undermine this vital program. More importantly, the authors deliver comprehensive guidance for rebuilding an asylum system that again upholds American ideals and the US commitment to protect refugees from terrible harm." —Stacey Abrams, Founder of Fair Fight Action and Fair Count

"Concise and comprehensive, The End of Asylum recounts the relentless, and largely successful, efforts of the Trump administration to stop refugees and asylum-seekers from receiving protection in the US. The Biden administration should take careful note of the authors' smart and practical proposals for restoring America's traditional welcome to those seeking safety from persecution." —T. Alexander Aleinikoff, Former UN Deputy High Commissioner for Refugees and director, Zolberg Institute on Migration and Mobility, The New School

"This book is a comprehensive, deeply insightful accounting of the deconstruction of the US asylum system under the Trump administration. The authors combine scholarly history with a gritty, real-time analysis of current events, narrating the assault on asylum with a perfect blend of legal precision and conversational tone. For asylum expert and novice alike, this book is outstanding reading." —David L. Neal, former chair, Board of Immigration Appeals and Former Chief Immigration Judge, US Department of Justice 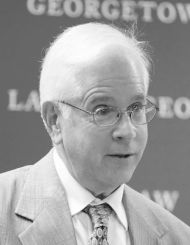 Andrew I. Schoenholtz is a professor from practice at the Georgetown University Law Center, where he is the codirector of the asylum clinic, the Center for Applied Legal Studies. He is also the director of the Human Rights Institute and the Certificate in Refugees and Humanitarian Emergencies. He is the former deputy director of the US Commission on Immigration Reform. His publications focus especially on the Refugee Convention and the US asylum system. 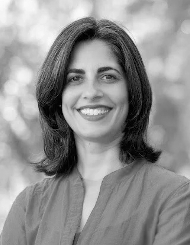 Jaya Ramji-Nogales is the associate dean for academic affairs and I. Herman Stern Research Professor at Temple University's Beasley School of Law, where she teaches refugee law and policy and created, along with her students, the Temple Law Asylum Project. In addition to two books presenting empirical studies of the US asylum system coauthored with Schoenholtz and Schrag, she has published extensively on international refugee law and global migration law. 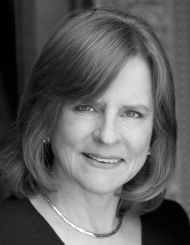 Julia Preston is a Contributing Writer at The Marshall Project, a non-profit newsroom focusing on criminal justice and immigration. Before coming to The Marshall Project in 2017, Ms. Preston worked for 21 years at the New York Times. She was a member of the Times staff of four reporters who won the 1998 Pulitzer Prize for reporting on the corrosive effects of drug corruption in Mexico. 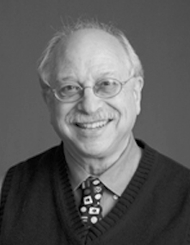 Philip G. Schrag is the Delaney Family Professor of Public Interest Law at the Georgetown University Law Center, where he teaches professional responsibility as well as codirecting the asylum clinic. He is the author of sixteen previous books and dozens of articles on asylum adjudication, legal ethics, nuclear arms control, consumer protection, legal education, and other topics of public law. During the Carter administration he was the deputy general counsel of the US Arms Control and Disarmament Agency.