The Parted Earth:
A Novel

Harvard Book Store's virtual event series and Grubstreet welcome ANJALI ENJETI—writer, activist, and author of the forthcoming essay collection Southbound: Essays on Identity, Inheritance, and Social Change—for a discussion of her debut novel, The Parted Earth. She will be joined in conversation by MICHELLE BOWDLER, Executive Director of Health & Wellness at Tufts University and author of Is Rape a Crime?: A Memoir, an Investigation, and a Manifesto.

While payment is not required, we are suggesting a $5 contribution to support this author series, our staff, and the future of Harvard Book Store—a locally owned, independently run Cambridge institution. In addition, by purchasing a copy of The Parted Earth on harvard.com, you support indie bookselling and the writing community during this difficult time.

About The Parted Earth

The story begins in August 1947. Unrest plagues the streets of New Delhi leading up to the birth of the Muslim majority nation of Pakistan, and the Hindu majority nation of India. Sixteen-year-old Deepa navigates the changing politics of her home, finding solace in messages of intricate origami from her secret boyfriend Amir. Soon Amir flees with his family to Pakistan and a tragedy forces Deepa to leave the subcontinent forever.

The story also begins sixty years later and half a world away, in Atlanta. While grieving both a pregnancy loss and the implosion of her marriage, Deepa’s granddaughter Shan begins the search for her estranged grandmother, a prickly woman who had little interest in knowing her. As she pieces together her family history shattered by the Partition, Shan discovers how little she actually knows about the women in her family and what they endured.

For readers of Jess Walter’s Beautiful Ruins, The Parted Earth follows Shan on her search for identity after loss uproots her life. Above all, it is a novel about families weathering the lasting violence of separation, and how it can often takes a lifetime to find unity and peace.

Praise for The Parted Earth

"The Parted Earth is an epic novel of home and homeland, family and community, love and betrayal. In Anjali Enjeti’s deft hands, the story of a woman’s search for her grandfather, and for a connection to the ancestors, is brought to life. A fantastic debut." —Laila Lalami, author of The Other Americans

"In this captivating, far-reaching debut, Anjali Enjeti brings to life one family's decades-long search for love, peace and a place to call home." —Jenny Offill, Weather

"Epic in scope, intimate in the telling, Anjali Enjeti's The Parted Earth is a devastating portrayal of Partition and the trauma it wreaked in the generations that followed. The gripping love story of Deepa and Amir cuts across decades, in a journey through New Delhi, London, Atlanta and across the Indian diaspora. A magnificent debut." —Vanessa Hua, author of A River of Stars 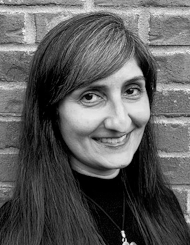 Anjali Enjeti is a former attorney, journalist, and activist. Her work has appeared in the Boston Globe, Washington Post, Al Jazeera, Paris Review, The Nation, the Atlanta Journal Constitution, and elsewhere. She has received awards from the American Society of Journalists and Authors, the South Asian Journalists Association, and fellowships from the Hambidge Center and Sundress Academy of the Arts. Her essay collection about identity and activism is forthcoming from the University of Georgia Press. She teaches creative nonfiction in the MFA program at Reinhart University and lives outside of Atlanta, GA with her family. 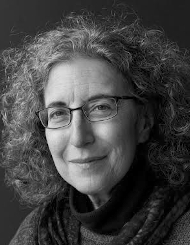