Hawking Hawking:
The Selling of a Scientific Celebrity

Harvard Book Store's virtual event series, the Harvard University Division of Science, and the Harvard Library welcome CHARLES SEIFE—professor of journalism at NYU’s Arthur L. Carter Journalism Institute and author of the bestselling Zero: The Biography of a Dangerous Idea—for a discussion of his latest book, Hawking Hawking: The Selling of a Scientific Celebrity.

While payment is not required, we are suggesting a $5 contribution to support this author series, our staff, and the future of Harvard Book Store—a locally owned, independently run Cambridge institution. In addition, by purchasing a copy of Hawking Hawking on harvard.com, you support indie bookselling and the writing community during this difficult time.

When Stephen Hawking died, he was widely recognized as the world's best physicist, and even its smartest person.

In Hawking Hawking, science journalist Charles Seife explores how Stephen Hawking came to be thought of as humanity's greatest genius. Hawking spent his career grappling with deep questions in physics, but his renown didn't rest on his science. He was a master of self-promotion, hosting parties for time travelers, declaring victory over problems he had not solved, and wooing billionaires. In a wheelchair and physically dependent on a cadre of devotees, Hawking still managed to captivate the people around him—and use them for his own purposes.

A brilliant exposé and powerful biography, Hawking Hawking uncovers the authentic Hawking buried underneath the fake. It is the story of a man whose brilliance in physics was matched by his genius for building his own myth.

“Hawking Hawking is deeply researched and richly sourced . . . Seife succeeds in serving up something of the flavor of those difficult and rather esoteric ideas, which are the heart of Hawking’s contribution to science, in a way that won’t give general readers indigestion . . . Seife has performed an important service by documenting Stephen Hawking’s life as it actually happened.” —Frank Wilczek, New York Times

"[Seife] aims to find the human lost inside the myth, so he must first chip away a gaudy shell . . . The metamorphosis at the book’s heart is, when it comes, dramatic.” —James Gleick, New York Review of Books

"The best biography yet published of the most famous scientist of recent decades. . . . A successful attempt to rescue the complicated scientist from fame’s myriad distortions. . . . The book humanizes Hawking but reveals a tragic core to his celebrity." —Declan Fahy, Science 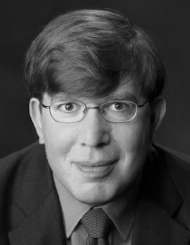 Charles Seife is a professor of journalism at NYU’s Arthur L. Carter Journalism Institute and has been writing about science and mathematics for nearly three decades. The author of numerous books, including the bestselling Zero, he lives in New York City.