in conversation with DAVIS MCCALLUM

Harvard Book Store's virtual event series welcomes EMMA SMITH—celebrated professor of Shakespeare Studies at the University of Oxford—for the paperback release of her acclaimed book This Is Shakespeare. She will be joined in conversation by DAVIS MCCALLUM, Artistic Director of the Hudson Valley Shakespeare Festival.

While payment is not required, we are suggesting a $3 contribution to support this author series, our staff, and the future of Harvard Book Store—a locally owned, independently run Cambridge institution. In addition, by purchasing a copy of This Is Shakespeare on harvard.com, you support indie bookselling and the writing community during this difficult time.

About This Is Shakespeare

A genius and prophet whose timeless works encapsulate the human condition like no other. A writer who surpassed his contemporaries in vision, originality, and literary mastery. A man who wrote like an angel, putting it all so much better than anyone else. Is this Shakespeare? Well, sort of. But it doesn’t tell us the whole truth. So much of what we say about Shakespeare is either not true, or just not relevant.

In This Is Shakespeare, Emma Smith—an intellectually, theatrically, and ethically exciting writer—takes us into a world of politicking and copycatting, as we watch Shakespeare emulating the blockbusters of Christopher Marlowe and Thomas Kyd (the Spielberg and Tarantino of their day), flirting with and skirting around the cutthroat issues of succession politics, religious upheaval, and technological change. Smith writes in strikingly modern ways about individual agency, privacy, politics, celebrity, and sex. Instead of offering the answers, the Shakespeare she reveals poses awkward questions, always inviting the reader to ponder ambiguities.

Praise for This Is Shakespeare

“I admire the freshness and attack of her writing, the passion and curiosity that light up the page.” —Hilary Mantel, author of Wolf Hall and Bring Up the Bodies

“If I were asked to recommend one guide for readers keen on discovering what’s at stake in Shakespeare's plays, This Is Shakespeare would be it.” —James Shapiro, author of The Year of Lear: Shakespeare in 1606 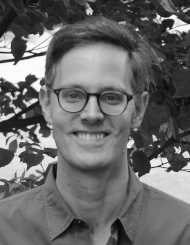 Davis McCallum is the Artistic Director of the Hudson Valley Shakespeare Festival in Garrison, NY, an hour north of New York City. For the company, Davis has directed The Winter's Tale, Measure for Measure, Richard II, Cymbeline, and the rolling world premiere of Lauren Gunderson’s The Book of Will. He is currently leading the organization in establishing its first-ever permanent home on a spectacular 50-acre site, scheduled to open in the summer of 2022. 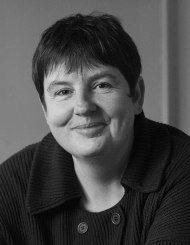 Emma Smith is professor of Shakespeare Studies at Oxford University. She has published widely on Shakespeare and other early dramatists. She lives in Oxford, England.