Walking with Ghosts:
A Memoir

in conversation with COLUM MCCANN

All tickets include a hardcover copy of Walking with Ghosts and a bookplate signed by the author. Purchase tickets via Eventbrite.

About Walking with Ghosts

As a young boy growing up in the outskirts of Dublin, Gabriel Byrne sought refuge in a world of imagination among the fields and hills near his home, at the edge of a rapidly encroaching city. Born to working class parents and the eldest of six children, he harbored a childhood desire to become a priest. When he was eleven years old, Byrne found himself crossing the Irish Sea to join a seminary in England. Four years later, Byrne had been expelled and he quickly returned to his native city. There he took odd jobs as a messenger boy and a factory laborer to get by. In his spare time, he visited the cinema where he could be alone and yet part of a crowd. It was here that he could begin to imagine a life beyond the grey world of 60s Ireland.

He reveled in the theatre and poetry of Dublin’s streets, populated by characters as eccentric and remarkable as any in fiction, those who spin a yarn with acuity and wit. It was a friend who suggested Byrne join an amateur drama group, a decision that would change his life forever and launch him on an extraordinary forty-year career in film and theatre. Moving between sensual recollection of childhood in a now almost vanished Ireland and reflections on stardom in Hollywood and Broadway, Byrne also courageously recounts his battle with addiction and the ambivalence of fame.

Walking with Ghosts is by turns hilarious and heartbreaking as well as a lyrical homage to the people and landscapes that ultimately shape our destinies.

Praise for Walking with Ghosts

"The wonder of this memoir is its unembellished truth. It is written by a man whose amazing story is the stuff of Literature." —Edna O' Brien

"The allure of Gabriel Byrne's memoir is that it persuasively humanizes what it is to be a big deal movie star. Byrne is wonderfully without cant or bluster or phony humility. Instead he leads with felicity, candor, humor and empathy. In the end, he seems to be somebody you'd be glad to know." —Richard Ford

"A wry and warm, swirling poetic reverie of a memoir." —Colin Barrett 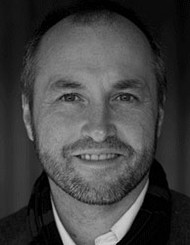 Colum McCann is the author of seven novels and three collections of stories. Born and raised in Dublin, Ireland, he has been the recipient of many international honours, including the National Book Award, the International Dublin Impac Prize, a Chevalier des Arts et Lettres from the French government, election to the Irish arts academy, several European awards, the 2010 Best Foreign Novel Award in China, and an Oscar nomination. In 2017 he was elected to the American Academy of Arts. His work has been published in over 40 languages. He is the co-founder of the non-profit global story exchange organisation, Narrative 4, and he teaches at the MFA program in Hunter College. He lives in New York with his wife, Allison, and their family.

Gabriel Byrne was born in Dublin and has starred in over eighty films for some of the cinema’s leading directors. He won a Golden Globe for his performance on HBO’s In Treatment. On Broadway he won the Outer Critics Circle Award for Best Actor and has been nominated twice for the Tony Award. He lives in Manhattan and Maine.