OK Boomer, Let's Talk:
How My Generation Got Left Behind

in conversation with CAITLIN ZALOOM

Harvard Book Store's virtual event series welcomes acclaimed writer JILL FILIPOVIC—author of The H-Spot: The Feminist Pursuit of Happiness—for a discussion of her latest book, OK Boomer, Let's Talk: How My Generation Got Left Behind. She will be joined in conversation by CAITLIN ZALOOM, Professor of Social & Cultural Analysis at New York University and a founding editor of Public Books. Her latest book, Indebted: How Families Make College Work at Any Cost, is available for purchase here.

While payment is not required, we are suggesting a $3 contribution to support this author series, our staff, and the future of Harvard Book Store—a locally owned, independently run Cambridge institution. In addition, by purchasing a copy of OK Boomer, Let's Talk on harvard.com, you support indie bookselling and the writing community during this difficult time.

In Ok Boomer, Let’s Talk, journalist (and Millennial) Jill Filipovic tells the definitive story of her generation. Talking to gig workers, economists, policy makers, and dozens of struggling Millennials drowning in debt on a planet quite literally in flames, Filipovic paints a shocking and nuanced portrait of a generation being left behind:

-Millennials are the most educated generation in American history—and also the most broke.

-Millennials hold just 3 percent of American wealth. When they were the same age, Boomers held 21 percent.

-The average older Millennial has $15,000 in student loan debt. The average Boomer at the same age? Just $2,300 in today’s dollars.

-Millennials are paying almost 40 percent more for their first homes than Boomers did.

-American families spend twice as much on healthcare now than they did when Boomers were young parents.

Filipovic shows that Millennials are not the avocado-toast-eating snowflakes of Boomer outrage fantasies. But they are the first American generation that will do worse than their parents. “OK, Boomer” isn’t just a sarcastic dismissal—it’s a recognition that Millennials are in crisis, and that Boomer voters, bankers, and policy makers are responsible. Filipovic goes beyond the meme, upending dated assumptions with revelatory data and revealing portraits of young people delaying adulthood to pay down debt, obsessed with “wellness” because they can’t afford real healthcare, and struggling to #hustle in the precarious gig economy.

Ok Boomer, Let’s Talk is at once an explainer and an extended olive branch that will finally allow these two generations to truly understand each other.

"If you want to understand why Americans are protesting in the streets right now, read this book. OK Boomer, Let's Talk blows the lid off the conversations about inequality and racism that lie at the heart of our national divide." —Jose Antonio Vargas, founder of Define American and author of Dear America: Notes of an Undocumented Citizen

"When you look at what's has been done to Millennials finanancially by Boomers . . . it's amazing that you just want some social justice." —Dan Savage, host Savage Love

"OK Boomer, Let's Talk deftly busts the stereotype of “snowflake” Millennials, painting instead a compelling picture of a generation burdened by debt and uncertainty about the future." —Cecile Richards, New York Times bestselling author of Make Trouble and co-founder of Supermajority 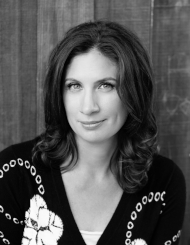 Caitlin Zaloom is associate professor of social and cultural analysis at New York University. She is a founding editor of Public Books and the author of Out of the Pits: Traders and Technology from Chicago to London. She lives in New York City. 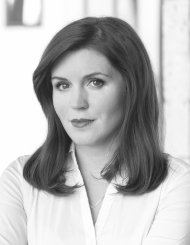 Jill Filipovic is a Brooklyn-based journalist, lawyer, and author of The H-Spot: The Feminist Pursuit of Happiness. A weekly columnist for CNN and a 2019 New America Future of War fellow, she is also a contributing opinion writer to the New York Times and a former columnist for The Guardian. Her work has appeared in Time, the Washington Post, Foreign Policy, and the anthologies Nasty Women: Feminism, Resistance and Revolution in Trump’s America and Yes Means Yes: Visions of Female Sexual Power and a World Without Rape.