Maladies of Empire:
How Colonialism, Slavery,
and War Transformed Medicine

in conversation with SVEN BECKERT

Harvard Book Store's virtual event series welcomes JIM DOWNS—the Gilder Lehrman-National Endowment for the Humanities Professor of Civil War Era Studies and History at Gettysburg College—for a discussion of his latest book, Maladies of Empire: How Colonialism, Slavery, and War Transformed Medicine. He will be joined in conversation by SVEN BECKERT, acclaimed author of Empire of Cotton: A Global History.

While payment is not required, we are suggesting a $5 contribution to support this author series, our staff, and the future of Harvard Book Store—a locally owned, independently run Cambridge institution. In addition, by purchasing a copy of Maladies of Empire on harvard.com, you support indie bookselling and the writing community during this difficult time.

About Maladies of Empire

Most stories of medical progress come with ready-made heroes. John Snow traced the origins of London’s 1854 cholera outbreak to a water pump, leading to the birth of epidemiology. Florence Nightingale’s contributions to the care of soldiers in the Crimean War revolutionized medical hygiene, transforming hospitals from crucibles of infection to sanctuaries of recuperation. Yet histories of individual innovators ignore many key sources of medical knowledge, especially when it comes to the science of infectious disease.

Reexamining the foundations of modern medicine, Jim Downs shows that the study of infectious disease depended crucially on the unrecognized contributions of nonconsenting subjects—conscripted soldiers, enslaved people, and subjects of empire. Plantations, slave ships, and battlefields were the laboratories in which physicians came to understand the spread of disease. Military doctors learned about the importance of air quality by monitoring Africans confined to the bottom of slave ships. Statisticians charted cholera outbreaks by surveilling Muslims in British-dominated territories returning from their annual pilgrimage. The field hospitals of the Crimean War and the US Civil War were carefully observed experiments in disease transmission.

The scientific knowledge derived from discarding and exploiting human life is now the basis of our ability to protect humanity from epidemics. Boldly argued and eye-opening, Maladies of Empire gives a full account of the true price of medical progress.

Praise for Maladies of Empire

“Maladies of Empire provides an illuminating, painstaking, yet engaging interrogation of original records and sources, filling critical gaps in the development of epidemiology. Indispensable and compelling.” —Harriet A. Washington, author of the National Book Critics Circle Award–winning Medical Apartheid

“Downs has written an eye-popping study of the history of infectious diseases, how they spread, and especially how they have been thwarted by experimentation on the bodies of soldiers, slaves, and colonial subjects. For three centuries medicine transformed science and human longevity by knowledge garnered from battlefields, slave ships, and mass migrations of vulnerable people. This is a timely, brilliant book about some of the brutal ironies in the story of medical progress. Our health today owes so much to the blood and suffering of nameless predecessors.” —David W. Blight, author of the Pulitzer Prize–winning Frederick Douglass: Prophet of Freedom

“Maladies of Empire is a major contribution to the ongoing investigation of the impact of slavery and colonialism on the modern world. Jim Downs shows how studies of exploited groups helped scientists understand the spread and treatment of infectious disease. At a time when epidemiologists are rightly lauded for their work in controlling the COVID-19 pandemic, Downs calls on us not to forget the role, without their consent, of the long forgotten enslaved, colonized, and imprisoned in the development and global dissemination of medical knowledge.” —Eric Foner, author of The Second Founding: How the Civil War and Reconstruction Remade the Constitution 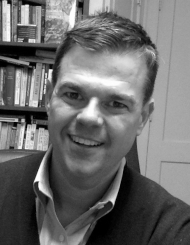 Jim Downs is the Gilder Lehrman-National Endowment for the Humanities Professor of Civil War Era Studies and History at Gettysburg College. He is the author of Sick From Freedom: African American Sickness and Suffering during the Civil War and Reconstruction and Stand By Me: The Forgotten History of Gay Liberation. He has edited six anthologies, including Beyond Freedom: Disrupting the History of Emancipation, coedited with David Blight. He has published essays in The Atlantic, The New Yorker, the Washington Post, the New York Times, Vice, Slate, among others. 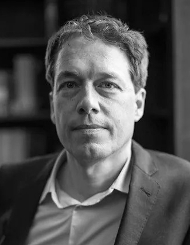 Sven Beckert is Laird Bell Professor of History at Harvard University, and Visiting Professor of Management at Harvard Business School. Beckert’s research and teaching center on the history of the United States in the nineteenth century, with a particular emphasis on the history of capitalism, including its economic, social, political and global dimensions. Beckert is co-chair of the Program on the Study of Capitalism at Harvard University, co-chair of the Weatherhead Initiative on Global History (WIGH) and co-editor of a series of books at Princeton University Press on “America in the World.” Beckert’s work has been supported by the Guggenheim Foundation, the American Council of Learned Societies, the Humboldt Foundation, the Netherlands Institute for Advanced Studies, and the New York Public Library’s Center for Scholars and Writers, among others.