Shaking the Gates of Hell:
A Search for Family and Truth in the Wake of the Civil Rights Revolution

in conversation with ROY WOOD JR.

Harvard Book Store's virtual event series welcomes JOHN ARCHIBALD—Pulitzer Prize–winning journalist for The Birmingham News—for a discussion of his debut memoir, Shaking the Gates of Hell: A Search for Family and Truth in the Wake of the Civil Rights Revolution. He will be joined in conversation by ROY WOOD JR., celebrated comedian, activist, and featured correspondent on Comedy Central's Emmy Award–winning The Daily Show with Trevor Noah.

While payment is not required, we are suggesting a $3 contribution to support this author series, our staff, and the future of Harvard Book Store—a locally owned, independently run Cambridge institution. In addition, by purchasing a copy of Shaking the Gates of Hell on harvard.com, you support indie bookselling and the writing community during this difficult time.

About Shaking the Gates of Hell

Everything Archibald knows and believes about life is "refracted through the stained glass of the Southern church. It had everything to do with people. And fairness. And compassion."

In Shaking the Gates of Hell, Archibald asks: Can a good person remain silent in the face of discrimination and horror, and still be a good person?

Archibald had seen his father, the Rev. Robert L. Archibald, Jr., the son and grandson of Methodist preachers, as a moral authority, a moderate and a moderating force during the racial turbulence of the '60s, a loving and dependable parent, a forgiving and attentive minister, a man many Alabamians came to see as a saint. But was that enough? Even though Archibald grew up in Alabama in the heart of the civil rights movement, he could recall few words about racial rights or wrongs from his father's pulpit at a time the South seethed, and this began to haunt him.

In this moving and powerful book, Archibald writes of his complex search, and of the conspiracy of silence his father faced in the South, in the Methodist Church and in the greater Christian church. Those who spoke too loudly were punished, or banished, or worse. Archibald's father was warned to guard his words on issues of race to protect his family, and he did. He spoke to his flock in the safety of parable, and trusted in the goodness of others, even when they earned none of it, rising through the ranks of the Methodist Church, and teaching his family lessons in kindness and humanity, and devotion to nature and the Earth.

Archibald writes of this difficult, at times uncomfortable, reckoning with his past in this unadorned, affecting book of growth and evolution.

Praise for Shaking the Gates of Hell

"A sincere, poignant synthesis of memoir and social history of a troubled time." —Kirkus Reviews 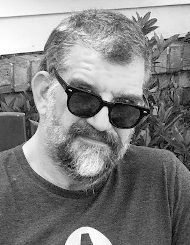 John Archibald is a journalist for The Birmingham News, where he has been a regular columnist since 2004. In 2018, Archibald was awarded the Pulitzer Prize for Commentary. He lives in Birmingham, Alabama. 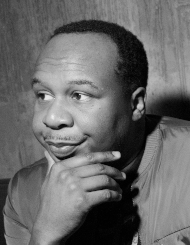 Roy Wood Jr.’s comedy has entertained millions across stage, television and radio. In addition to stand-up comedy, producing and acting, Roy is currently a correspondent on Comedy Central's Emmy and NAACP Award winning The Daily Show with Trevor Noah. During his tenure, he has used The Daily Show’s brand of satire to shed light on serious issues including gun violence, police reform, LGBTQ+ discrimination, ICE deportations and PTSD in the Black community. True to his roots, he is a strong and outspoken advocate for reshaping the image of Alabama and the American South as a whole.