The Sinner and the Saint:
Dostoevsky and the Gentleman Murderer
Who Inspired a Masterpiece

Harvard Book Store's virtual event series welcomes KEVIN BIRMINGHAM—the award-winning, bestselling author of The Most Dangerous Book—for a discussion of his latest book, The Sinner and the Saint: Dostoevsky and the Gentleman Murderer Who Inspired a Masterpiece. He will be joined in conversation by celebrated novelist MATTHEW PEARL, author of The Taking of Jemima Boone: Colonial Settlers, Tribal Nations, and the Kidnap That Shaped America.

While payment is not required, we are suggesting a $5 contribution to support this author series, our staff, and the future of Harvard Book Store—a locally owned, independently run Cambridge institution. In addition, by purchasing a copy of The Sinner and the Saint on harvard.com, you support indie bookselling and the writing community during this difficult time.

About The Sinner and the Saint

The Sinner and the Saint is the deeply researched and immersive tale of how Dostoevsky came to write this great murder story—and why it changed the world. As a young man, Dostoevsky was a celebrated writer, but his involvement with the radical politics of his day condemned him to a long Siberian exile. There, he spent years studying the criminals that were his companions. Upon his return to St. Petersburg in the 1860s, he fought his way through gambling addiction, debilitating debt, epilepsy, the deaths of those closest to him, and literary banishment to craft an enduring classic.

The germ of Crime and Punishment came from the sensational story of Pierre François Lacenaire, a notorious murderer who charmed and outraged Paris in the 1830s. Lacenaire was a glamorous egoist who embodied the instincts that lie beneath nihilism, a western-influenced philosophy inspiring a new generation of Russian revolutionaries. Dostoevsky began creating a Russian incarnation of Lacenaire, a character who could demonstrate the errors of radical politics and ideas. His name would be Raskolnikov.

Lacenaire shaped Raskolnikov in profound ways, but the deeper insight, as Birmingham shows, is that Raskolnikov began to merge with Dostoevsky. Dostoevsky was determined to tell a murder story from the murderer's perspective, but his character couldn't be a monster. No. The murderer would be chilling because he wants so desperately to be good.

The writing consumed Dostoevsky. As his debts and the predatory terms of his contract caught up with him, he hired a stenographer to dictate the final chapters in time. Anna Grigorievna became Dostoevsky's first reader and chief critic and changed the way he wrote forever. By the time Dostoevsky finished his great novel, he had fallen in love.

Dostoevsky's great subject was self-consciousness. Crime and Punishment advanced a revolution in artistic thinking and began the greatest phase of Dostoevsky's career. The Sinner and the Saint now gives us the thrilling and definitive story of that triumph.

Praise for The Sinner and the Saint

“Kevin Birmingham’s impressive research combined with a flair for characterising the teeming intellectual debates of the day give absorbing insights into the origins of one of the world’s great novels.” —Sue Prideaux, author of I Am Dynamite! A Life of Friedrich Nietzsche

“I never imagined anyone could make Dostoevsky richer—deeper—knottier—than he already was. But by revealing the secret background behind Crime and Punishment, Kevin Birmingham reveals a depth of thought and feeling that makes this most shocking of novels even more shocking yet. After all, it's easy enough to say what makes a murderer bad. It's far harder to say what makes him good.” —Benjamin Moser, Pulitzer Prize-winning author of Sontag: Her Life and Work

“A page turner about turning pages, The Sinner and the Saint: Dostoevsky and the Gentleman Murderer Who Inspired A Masterpiece not only brings us back into the fevered panic of Raskolnikov as he murders an old woman, his motives a mystery even to his own sputtering mind, but also to real-life characters, most vividly a Parisian dandy (we might now call him ‘gay’), whose nihilism and thrill killings set Dostoevsky’s imagination ticking. Compulsively readable, tautly drawn, and richly researched, here is the brilliant study Dostoevsky and his staggering Crime and Punishment—filled, we now find, with intimations of him—so deserves.” —Brad Gooch, New York Times bestselling author of Flannery: A Life of Flannery O’Connor 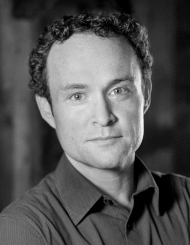 Kevin Birmingham is the author of the New York Times bestseller The Most Dangerous Book, which won the PEN New England Award and the Truman Capote Award for Literary Criticism. He has been named a Public Scholar by the National Endowment for the Humanities, and he received his Ph.D. in English from Harvard. His writing has appeared in Harper’s, New York Times Book Review, and the Chronicle of Higher Education. 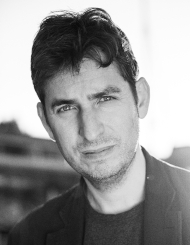 Matthew Pearl’s novels have been international and New York Times bestsellers translated into more than 30 languages. His nonfiction writing has appeared in the New York Times, the Boston Globe, The Atavist Magazine, and Slate. The New York Daily News raves “if the past is indeed a foreign country, Matthew Pearl has your passport.” Matthew has been chosen Best Author for Boston Magazine's Best of Boston and received the Massachusetts Book Award for Fiction. The Taking of Jemima Boone is his nonfiction debut.