in conversation with FATIMA FARHEEN MIRZA

Harvard Book Store's virtual event series is thrilled to welcome renowned novelist and essayist MARILYNNE ROBINSON—author of the Pulitzer Prize–winning novel Gilead—for a discussion of the highly anticipated, final book in the Gilead series, Jack: A Novel. She will be joined in conversation by FATIMA FARHEEN MIRZA, author of the acclaimed novel A Place for Us, available for purchase here.

All tickets include a hardcover copy of Jack: A Novel and a bookplate signed by the author.

Marilynne Robinson’s mythical world of Gilead, Iowa—the setting of her novels Gilead, Home, and Lila, and now Jack―and its beloved characters have illuminated and interrogated the complexities of American history, the power of our emotions, and the wonders of a sacred world. Jack is Robinson’s fourth novel in this now-classic series. In it, Robinson tells the story of John Ames Boughton, the prodigal son of Gilead’s Presbyterian minister, and his romance with Della Miles, a high school teacher who is also the child of a preacher. Their deeply felt, tormented, star-crossed interracial romance resonates with all the paradoxes of American life, then and now.

Robinson’s Gilead novels, which have won one Pulitzer Prize and two National Book Critics Circle Awards, are a vital contribution to contemporary American literature and a revelation of our national character and humanity.

“With the sublime Jack, [Marilynne Robinson] resumes and deepens her quest, extending it to the contemplation of race . . . Robinson masterfully allows her protagonists to do the heavy lifting of the storytelling and employs deceptively simple dialogue as her primary tool. But make no mistake―there is richness and depth at every turn. The odds are stacked against this lovestruck couple. But Jack calls to mind what 1 Corinthians 13:7 says about love: It always protects, hopes, and perseveres.” —De'Shawn Charles Winsolw, O, the Oprah Magazine

"Each of her [Robinson's] novels has celebrated the fact that the ineffable is inseparable from the quotidian, and rendered the ineffable, quotidian world back to us, peculiar, luminous, and precise . . . There are passages when Jack’s eye glimmers so clearly on the moment, when his dream logic feels so apt, that the whole world Robinson has illuminated with such care and attention reappears, and we are returned to the prophetic everyday.” —Jordan Kisner, The Atlantic

“‘Contemporary classics’ is the oft-used descriptor of Marilynne Robinson’s Gilead series, the correct method of describing these lasting and constant books . . . [Jack is] a love story with the highest stakes . . . Jack poignantly shows us the messy, complex, heartbreaking side to getting everything you ever wanted.” —Emily Temple, Literary Hub

Fatima Farheen Mirza was born in 1991 and raised in California. She is a graduate of the Iowa Writers' Workshop and a recipient of the Michener-Copernicus Fellowship. 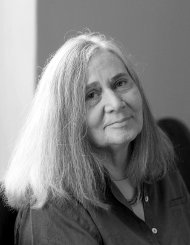 Marilynne Robinson is the author of Gilead, winner of the 2005 Pulitzer Prize for Fiction and the National Book Critics Circle Award; Home (2008), winner of the Orange Prize and the Los Angeles Times Book Prize; and Lila (2014), winner of the National Book Critics Circle Award. Her first novel, Housekeeping (1980), won the PEN/Hemingway Award. Robinson’s nonfiction books include The Givenness of Things (2015), When I Was a Child I Read Books (2012), Absence of Mind (2010), The Death of Adam (1998), and Mother Country (1989). She is the recipient of a 2012 National Humanities Medal, awarded by President Barack Obama, for “her grace and intelligence in writing.” Marilynne Robinson lives in Iowa City, Iowa.