The Ceiling Outside:
The Science and Experience
of the Disrupted Mind

in conversation with SHAYLA LOVE

Harvard Book Store's virtual event series welcomes NOGA ARIKHA—philosopher, historian, and author of Passions and Tempers: A History of the Humours—for a discussion of her new book The Ceiling Outside: The Science and Experience of the Disrupted Mind. She will be joined in conversation by senior staff writer at Vice News SHAYLA LOVE.

While payment is not required, we are suggesting a $5 contribution to support this author series, our staff, and the future of Harvard Book Store—a locally owned, independently run Cambridge institution. In addition, by pre-ordering a copy of The Ceiling Outside on harvard.com, you support indie bookselling and the writing community during this difficult time.

About The Ceiling Outside

A diabetic woman awakens from a coma having forgotten the last ten years of her life. A Haitian immigrant has nightmares that begin bleeding into his waking hours. A retired teacher loses the use of her right hand due to pain of no known origin.

Noga Arikha began studying these patients and their confounding symptoms in order to explore how our physical experiences inform our identities. Soon after she initiated her work, the question took on unexpected urgency, as Arikha’s own mother began to show signs of Alzheimer’s disease.

Weaving together stories of her subjects’ troubles and her mother’s decline, Arikha searches for some meaning in the science she has set out to study. The result is an unforgettable journey across the ever-shifting boundaries between ourselves and each other.

Praise for The Ceiling Outside

“Noga Arikha is a poet and a painter with the soul of a scientist. Trust her to guide you through a study of suffering and healing that will leave you humanly richer and, wonder of wonders, at peace with yourself.” ―Antonio Damasio, author of Feeling and Knowing

“Noga Arikha is that rare author whose deep knowledge of philosophy, science, and the arts allows her to move deftly from the quandaries of medical diagnosis and the scientific ideas that inform them to the intimate narratives of people afflicted with illnesses that threaten the coherence of that mysterious thing we call ‘a self.’ Astute, compassionate, and brilliant, The Ceiling Outside is finally an adventure story in the bewildering drama of being.” ―Siri Hustvedt, author of Memories of the Future

“With grace, rigour, and imagination, Arikha brings together the languages of mind, brain, and embodied human experience to give us a book that fascinates on every page.” ―Lisa Appignanesi, author of Mad, Bad and Sad 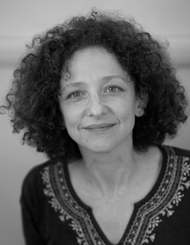 Noga Arikha is a philosopher and historian of ideas. She works as a science humanist and is an Associate Fellow of the Warburg Institute (London), an Honorary Fellow of the Center for the Politics of Feelings, and a Research Associate at the Institut Jean Nicod of the Ecole Normale Supérieure (Paris). Her critically acclaimed first book, Passions and Tempers: A History of the Humours was a New York Times Review Editor’s Choice and one of the Washington Post Best Non-Fiction Books. 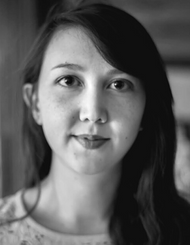 Shayla Love is a senior staff writer at Vice News, on Motherboard's features desk, where she writes about health, science, psychology, and psychedelics.