Cosmology’s Century:
An Inside History of Our Modern Understanding of the Universe

Harvard Book Store's virtual event series, the Harvard University Division of Science, and the Cabot Science Library welcome Nobel Prize–winning astrophysicist P.J.E. PEEBLES for a discussion of his latest book, Cosmology’s Century: An Inside History of Our Modern Understanding of the Universe.

While payment is not required, we are suggesting a $3 contribution to support this author series, our staff, and the future of Harvard Book Store—a locally owned, independently run Cambridge institution. In addition, by purchasing a copy of Cosmology's Century on harvard.com, you support indie bookselling and the writing community during this difficult time.

Modern cosmology began a century ago with Albert Einstein's general theory of relativity and his notion of a homogenous, philosophically satisfying cosmos. Cosmology's Century is the story of how generations of scientists built on these thoughts and many new measurements to arrive at a well-tested physical theory of the structure and evolution of our expanding universe.

In this landmark book, one of the world's most esteemed theoretical cosmologists offers an unparalleled personal perspective on how the field developed. P. J. E. Peebles was at the forefront of many of the greatest discoveries of the past century, making fundamental contributions to our understanding of the presence of helium and microwave radiation from the hot big bang, the measures of the distribution and motion of ordinary matter, and the new kind of dark matter that allows us to make sense of these results. Taking readers from the field's beginnings, Peebles describes how scientists working in independent directions found themselves converging on a theory of cosmic evolution interesting enough to warrant the rigorous testing it passes so well. He explores the major advances—some inspired by remarkable insights or perhaps just lucky guesses—as well as the wrong turns taken and the roads not explored. He shares recollections from major players in this story and provides a rare, inside look at how natural science is really done.

"It's hard to imagine anyone better placed to recount the inside story of modern cosmology. . . . For anyone seriously interested in the ways of science and how we came to understand our place in the Universe, this is essential reading." —Giles Sparrow, BBC Sky at Night Magazine

"Peebles is the best possible guide to the long and winding road that is the twentieth century's development of understanding the universe. His contributions are right at the center of this tale that now leads reasonable people to think the universe is governed by a tug-of-war between the unseen forces of dark matter and dark energy. Cosmology's Century is a mirror for practitioners and a window for the curious." —Robert P. Kirshner, author of The Extravagant Universe

"A wonderful, rich, and riveting account of the history of modern cosmology by a key player who shaped the field. Peebles writes with characteristic clarity and humility. An absolute must-read for all." —Priyamvada Natarajan, astrophysicist and author of Mapping the Heavens: The Radical Scientific Ideas That Reveal the Cosmos 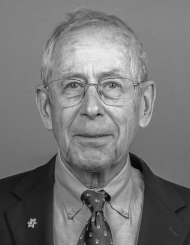 P.J.E. Peebles is the Albert Einstein Professor of Science Emeritus at Princeton University. He has been studying the large-scale nature of the universe for more than half the century since Einstein introduced the starting ideas about the present theory. The subject was starved for data when he started looking into it. The evidence has grown to the point that we now have a compelling case that our universe expanded from a very different condition: hot, dense and rapidly expanding.