Don't Let It Get You Down:
Essays on Race, Gender, and the Body

in conversation with MELISSA MURRAY

Harvard Book Store's virtual event series welcomes SAVALA NOLAN—writer, lawyer, and executive director of the Thelton E. Henderson Center for Social Justice at the University of California, Berkeley, School of Law—for a discussion of her debut essay collection, Don't Let It Get You Down: Essays on Race, Gender, and the Body. She will be joined in conversation by MELISSA MURRAY, the Frederick I. and Grace Stokes Professor of Law at NYU School of Law.

While payment is not required, we are suggesting a $5 contribution to support this author series, our staff, and the future of Harvard Book Store—a locally owned, independently run Cambridge institution. In addition, by purchasing a copy of Don't Let It Get You Down on harvard.com, you support indie bookselling and the writing community during this difficult time.

About Don't Let It Get You Down

Savala Nolan knows what it means to live in the in-between. Descended from a Black and Mexican father and a white mother, Nolan’s mixed-race identity is obvious, for better and worse. At her mother’s encouragement, she began her first diet at the age of three and has been both fat and painfully thin throughout her life. She has experienced both the discomfort of generational poverty and the ease of wealth and privilege.

It is these liminal spaces—of race, class, and body type—that the essays in Don’t Let It Get You Down excavate, presenting a clear and nuanced understanding of our society’s most intractable points of tension. The twelve essays that comprise this collection are rich with unforgettable anecdotes and are as humorous and as full of Nolan’s appetites as they are of anxieties. The result is lyrical and magnetic.

In “On Dating White Guys While Me,” Nolan realizes her early romantic pursuits of rich, preppy white guys weren’t about preference, but about self-erasure. In the titular essay “Don’t Let it Get You Down,” we traverse the cyclical richness and sorrow of being Black in America as Black children face police brutality, “large Black females” encounter unique stigma, and Black men carry the weight of other people’s fear. In “Bad Education,” we see how women learn to internalize rage and accept violence in order to participate in our culture. And in “To Wit and Also” we meet Filliss, Grace, and Peggy, the enslaved women owned by Nolan’s white ancestors, reckoning with the knowledge that America’s original sin lives intimately within our present stories. Over and over again, Nolan reminds us that our true identities are often most authentically lived not in the black and white, but in the grey of the in-between.

Perfect for fans of Heavy by Kiese Laymon and Bad Feminist by Roxane Gay, Don’t Let It Get You Down delivers an essential perspective on race, class, bodies, and gender in America today.

Praise for Don't Let It Get You Down

“It takes temerity to tell this kind of truth, to be unbowed by one's own trepidation. Savala Nolan does so boldly, and this book will help so many Black women to get free.” —Brittney Cooper, New York Times bestselling author of Eloquent Rage

"In these thrilling essays, built with one blazing, breathtaking sentence after another, Savala Nolan takes us from the personal to the political and back again as she explores her fascinating range of experiences as a Black American woman. Authoritative, honest, and often bitingly humorous, Don’t Let It Get You Down is a book for our time and every time. It is not a book to read; it is a book to savor." —Emily Bernard, author of Black is the Body

“In this woven tapestry of stories and histories of race, gender, class, and the body, Savala Nolan gives readers a deeply personal insight into what it feels like to hold identities that are seen as ‘other’ in dominant culture. For those of us who feel like ‘in-betweeners’ this powerful collection of poetic essays offers a place to be seen and to be heard in the fullness of our beautiful complexities. In reading Savala’s words as she travels to understand her experiences, and free herself from the parts that oppress, I found myself saying, 'Wow. Yes. Me too.'” —Layla F. Saad, author of New York Times bestseller Me and White Supremacy 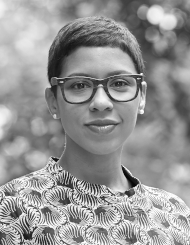 Melissa Murray is the Frederick I. and Grace Stokes Professor of Law at NYU School of Law, where she teaches constitutional law, family law, criminal law, and reproductive rights and justice. Murray’s writing has appeared in a range of legal and lay publications, including the Harvard Law Review, the Yale Law Journal, the New York Times, the Washington Post, and the Atlantic. She is a legal analyst for MSNBC, and is a co-host of Strict Scrutiny, a podcast about the Supreme Court and legal culture. Murray is a graduate of Yale Law School and the University of Virginia. 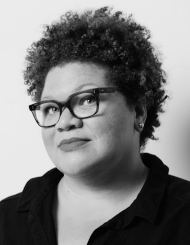 Savala Nolan is a writer, speaker, and lawyer. She is executive director of the Thelton E. Henderson Center for Social Justice at the University of California, Berkeley, School of Law. She and her writing have been featured in Vogue, Time, NPR, Forbes, Huffington Post, Health, Shape, and more. She lives in the San Francisco Bay Area with her family.