Ethan Allen:
His Life and Times

Harvard Book Store is pleased to welcome multiple-time Pulitzer Prize–nominated journalist and historian WILLARD STERNE RANDALL as he delves into the life of one of our lesser-known patriots, with his new biography, Ethan Allen: His Life and Times.

On May 10, 1775, in the storm-tossed hours after midnight, Ethan Allen, the Revolutionary firebrand, was poised for attack. With only two boatloads of his scraggly band of Vermont volunteers having made it across the wind-whipped waters of Lake Champlain, he was waiting for the rest of his Green Mountain boys to arrive. But with the protective darkness quickly fading, Allen determined that he could hold off no longer.

While Ethan Allen, a canonical hero of the American Revolution, has always been defined by his daring, predawn attack on the British-controlled Fort Ticonderoga, Willard Sterne Randall now challenges our conventional understanding of this largely unexamined Founding Father. Widening the scope of his inquiry beyond the Revolutionary War, Randall traces Allen's beginning back to his modest origins in Connecticut, where he was born in 1738. Largely self-educated, emerging from a relatively impoverished background, Allen demonstrated his deeply rebellious nature early on through his attraction to Deism, his dramatic defense of smallpox vaccinations, and his early support of separation of church and state.

Chronicling Allen's upward struggle from precocious, if not unruly, adolescent to commander of the largest American paramilitary force on the eve of the Revolution, Randall unlocks a trove of new source material, particularly evident in his gripping portrait of Allen as a British prisoner-of-war. While the biography reacquaints readers with the familiar details of Allen's life—his capture during the aborted American invasion of Canada, his philosophical works that influenced Thomas Paine, his seminal role in gaining Vermont statehood, his stirring funeral in 1789—Randall documents that so much of what we know of Allen is mere myth, historical folklore that people have handed down, as if Allen were Paul Bunyan. 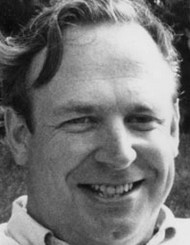 Willard Sterne Randall is the author of Benedict Arnold: Patriot and Traitor, Thomas Jefferson: A Life, and Ethan Allen: His Life and Times. A finalist for the Pulitzer Prize, Randall is a professor of history at Champlain College and resides in Burlington, Vermont.