The Lie:
A Memoir of Two Marriages, Catfishing & Coming Out

in conversation with ALYSIA ABBOTT

Harvard Book Store welcomes award-winning blogger, memoirist, and essayist WILLIAM DAMERON for a discussion of his debut memoir, The Lie: A Memoir of Two Marriages, Catfishing & Coming Out. He will be joined in conversation by ALYSIA ABBOTT, award-winning author of Fairyland, A Memoir of My Father. This event is co-sponsored by Mass Humanities.

Do you know me?, the email began, sparking tremors of fear that turned into a full quake of panic when William Dameron discovered that his selfie had been stolen by strangers. On social networks and dating sites, his image and identity—a forty-year-old straight white male—had been used to hook countless women into believing in lies of love and romance. Was it all an ironic cosmic joke? Almost a decade prior, William himself had been living a lie that had lasted for more than twenty years. His secret? He was a gay man, a fact he hid from his wife and two daughters for almost as long as he had hidden it from himself.

In this emotional and unflinchingly honest memoir of coming out of the closet late in life, owning up to the past, and facing the future, William Dameron confronts steroid addiction, the shame and homophobia of his childhood, the sledgehammer of secrets that slowly tore his marriage apart, and his love for a gay father of three that would once again challenge the boundaries of trust. At the true heart of The Lie is a universal story about turning self-doubt into self-acceptance and about pain, anger, and the long journey of both seeking and giving forgiveness.

Praise for The Lie

“At once brutal and beautiful, William Dameron’s memoir unearths layers of secrets and decades of deception in startling, vivid prose. The Lie could not be more honest.” —Augusten Burroughs, New York Times bestselling author of Running with Scissors

“William Dameron’s memoir is an unflinchingly honest and brave work that explores the secrets and lies of his lifetime as a married, closeted Southern man. But like all good books, it’s really about so much more. I dare anyone who reads it to not think of their own struggles to admit who we truly are at heart. In a way, The Lie is a coming-of-age story that reminds us it’s never too late to become our true selves.” —Ann Hood, New York Times bestselling author of The Book That Matters Most: A Novel

“In his first memoir, William Dameron shares a little-understood experience in queer life: that of the closeted parent. Writing with uncommon grace and compassion, Dameron does more than describe the burdens of carrying “the lie”; he shows us how to live honestly and what it means to be human. This book is a beautiful and necessary read.” —Alysia Abbott, author of Fairyland: A Memoir of My Father 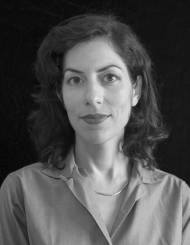 Alysia Abbott is the author of Fairyland: A Memoir of My Father, which won the ALA Stonewall Award and the Prix Madame Figaro, and has been translated into French, Spanish, Polish, and Portuguese. Her work has appeared in the Boston Globe, the New York Times Book Review, Vogue, Psychology Today, TriQuarterly, Lit Hub, and elsewhere. She leads the Memoir Incubator at GrubStreet in Boston and lives with her family in Cambridge, MA. 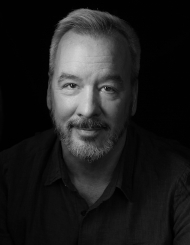 William Dameron is an award-winning blogger, memoirist, and essayist. His work has appeared in the New York Times, the Boston Globe, Salon, the Huffington Post, Saranac Review, and Hippocampus Magazine, and in the book Fashionably Late: Gay, Bi & Trans Men Who Came Out Later in Life. He is an IT director for a global economic consulting firm, where he educates users on the perils of social engineering in cybersecurity. William, his husband, and their blended family of five children split their time between Boston and the coast of southern Maine.