When Time Stopped:
A Memoir of My Father's War and What Remains

in conversation with BARBARA WALLACE GROSSMAN

Harvard Book Store welcomes writer ARIANA NEUMANN for a discussion of her debut memoir, When Time Stopped: A Memoir of My Father's War and What Remains. She will be joined in conversation by Tufts professor of theatre BARBARA WALLACE GROSSMAN, former member of the United States Holocaust Memorial Council.

About When Time Stopped

In 1941, the first Neumann family member was taken by the Nazis, arrested in German-occupied Czechoslovakia for bathing in a stretch of river forbidden to Jews. He was transported to Auschwitz. Eighteen days later his prisoner number was entered into the morgue book.

Of thirty-four Neumann family members, twenty-five were murdered by the Nazis. One of the survivors was Hans Neumann, who, to escape the German death net, traveled to Berlin and hid in plain sight under the Gestapo’s eyes. What Hans experienced was so unspeakable that, when he built an industrial empire in Venezuela, he couldn’t bring himself to talk about it. All his daughter Ariana knew was that something terrible had happened.

When Hans died, he left Ariana a small box filled with letters, diary entries, and other memorabilia. Ten years later Ariana finally summoned the courage to have the letters translated, and she began reading. What she discovered launched her on a worldwide search that would deliver indelible portraits of a family loving, finding meaning, and trying to survive amid the worst that can be imagined.

When Time Stopped is an unputdownable detective story and an epic family memoir, spanning nearly ninety years and crossing oceans. Neumann brings each relative to vivid life. In uncovering her father’s story after all these years, she discovers nuance and depth to her own history and liberates poignant and thought-provoking truths about the threads of humanity that connect us all.

Praise for When Time Stopped

“When Time Stopped is beautiful, deeply moving, and extraordinary in its reach and its depth. I felt such kinship with the way in which Ariana Neumann moved through the world in her journey. It is absolutely remarkable.” —Edmund de Waal, author of The Hare with Amber Eyes

“Utterly riveting: Ms. Neumann's memoir reads like a detective novel, as she unravels her late father's complex, agonizing yet inspiring trajectory. Conjuring the lives of her relatives murdered in the Holocaust, she brings their lost world to vivid life.” —Claire Messud, author of The Emperor’s Children

“Ariana Neumann's beautiful, meticulously researched memoir is an extraordinarily moving story of a family’s lost history, a father’s well-kept secret, and a daughter who pieces it all together with courage, tenacity, and most of all, love.” —Dani Shapiro, author of Inheritance 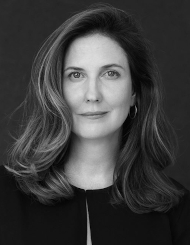 Ariana Neumann was born and grew up in Venezuela. She previously worked as a foreign correspondent for Venezuela’s The Daily Journal and her writing has also appeared in The European. She currently lives in London with her family. When Time Stopped is her first book. 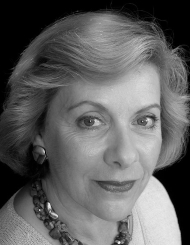 Barbara Wallace Grossman is a theatre historian, voice specialist, director, and author, who has strong interests as a scholar and practitioner in American popular entertainment, musical theatre, Holocaust and genocide-related theatre and film, Yiddish theatre, voice and speech, directing, and arts advocacy. She has previously served as a presidential appointee to the National Council on the Arts (1994-1999) and the United States Holocaust Memorial Council (2000-2015).