The Monk of Mokha

in conversation with MOKHTAR ALKHANSHALI

Harvard Book Store and 826 Boston welcome award-winning writer, McSweeney's founder, and 826 National co-founder DAVE EGGERS—author of The Circle, What is the What, and A Heartbreaking Work of Staggering Genius, among many others—for a discussion of his latest book, The Monk of Mokha. He will be joined in conversation by MOKHTAR ALKHANSHALI, founder and CEO of Port of Mokha Coffee, and the subject of The Monk of Mokha.

About The Monk of Mokha

Mokhtar Alkhanshali grew up in San Francisco, one of seven siblings brought up by Yemeni immigrants in a tiny apartment. At age twenty-four, unable to pay for college, he works as a doorman, until a chance encounter awakens his interest in coffee and its rich history in Yemen. Reinventing himself, he sets out to learn about coffee cultivation, roasting and importing. He travels to Yemen and visits farms in every corner of the country, collecting samples, eager to improve cultivation methods and help Yemeni farmers bring their coffee back to its former glory. And he is on the verge of success when civil war engulfs Yemen in 2015. The U.S. embassy closes, Saudi bombs begin to rain down on the country and Mokhtar is trapped in Yemen.

"The immensely gifted and giving Eggers. . . portrays Yemeni American Mokhtar Alkhanshali, who, after an unruly childhood in San Francisco’s Tenderloin neighborhood, a transformative stay in Yemen with his grandfather, and success as a car salesman, finally finds his calling, which proves to be quixotic and dangerous: he commits himself to restoring Yemen’s long-forgotten standing as the world’s first and best coffee producer. Eggers crisply recounts coffee’s delectably roguish history, into which Mokhtar’s Sisyphean struggles fit perfectly. . . Readers will never take coffee for granted or overlook the struggles of Yemen after ingesting Eggers’s phenomenally well-written, juggernaut tale of an intrepid and irresistible entrepreneur on a complex and meaningful mission, a highly caffeinated adventure story." —Donna Seaman, Booklist (starred review)

"A most improbable and uplifting success story. . . Eggers offers an appealing hybrid: a biography of a charming, industrious Muslim man who has more ambition than direction; a capsule history of coffee and its origins, growth, and development as a mass commodity and then as a niche product; the story of Blue Bottle, the elite coffee chain in San Francisco that some suspect (and some fear) could turn into the next Starbucks; an adventure story of civil war in a foreign country. . . It is hard to resist the derring-do of the Horatio Alger of Yemenite coffee." —Kirkus Reviews (starred review)

"The remarkable true story of a Yemeni coffee farmer. . . A vibrant depiction of courage and passion, interwoven with a detailed history of Yemeni coffee and a timely exploration of Muslim American identity." —David Canfield, Entertainment Weekly

"Surreal. . . Eggers tells the exciting true story of a Yemeni-American man’s attempts to promote his ancestral country’s heritage, giving both a timely gloss on the traditional American dream and a window into the nightmare of contemporary political instability. . . [The Monk of Mokha] works as both a heartwarming success story with a winning central character and an account of real-life adventures that read with the vividness of fiction." —Publishers Weekly

Dave Eggers is the author of eleven books, including The Circle; Heroes of the Frontier, longlisted for the Dublin International Literary Award; A Hologram for the King, a finalist for the National Book Award; and What Is the What, a finalist for the National Book Critics Circle Award, and winner of France's Prix Médicis Etranger and the Dayton Literary Peace Prize. His nonfiction and journalism have appeared in the Guardian, the New Yorker, the Best American Travel Writing, and the Best American Essays. He is the founder of McSweeney's, the publishing company that distributes the Voice of Witness series of books, which use oral history to illuminate human rights crises around the world. He is the co-founder of 826 National, a network of youth writing and tutoring centers with locations around the country, and of Scholar Match, which connects donors with students to make college accessible. He is a member of the American Academy of Arts and Letters and his work has been translated into forty-two languages. He lives in Northern California with his family. 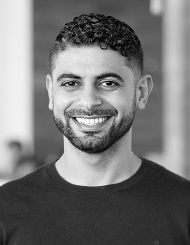 Mokhtar Alkhanshali grew up between Brooklyn, San Francisco, and Yemen, and comes from an ancient lineage of coffee farmers that traces back to when the world’s first coffee was cultivated in his home province of Ibb over five centuries ago. In 2013 he began focusing on his family’s roots as coffee farmers in Yemen. Seeking to reverse Yemen’s nearly lost art of coffee cultivation, he founded Port of Mokha. Combining his knowledge of specialty coffee production, progressive infrastructure strategy, and community organizing, Mokhtar has helped to reverse the declining quality of Yemeni coffee and re-establish it as one of the industry's most treasured origins.

826 Boston is a nonprofit youth writing and publishing organization that empowers traditionally underserved students ages 6-18 to find their voices, tell their stories, and gain communication skills to succeed in school and in life. For more info visit www.826boston.org