The New Negro:
The Life of Alain Locke

Harvard Book Store and the Hutchins Center for African & African American Research welcome author, historian, and University of California, Santa Barbara professor JEFFREY C. STEWART for a discussion of his latest book, The New Negro: The Life of Alain Locke.

About The New Negro

A tiny, fastidiously dressed man emerged from Black Philadelphia around the turn of the century to mentor a generation of young artists including Langston Hughes, Zora Neale Hurston, and Jacob Lawrence and call them the New Negro—the creative African Americans whose art, literature, music, and drama would inspire Black people to greatness.

In The New Negro: The Life of Alain Locke, Jeffrey C. Stewart offers the definitive biography of the father of the Harlem Renaissance, based on the extant primary sources of his life and on interviews with those who knew him personally. He narrates the education of Locke, including his becoming the first African American Rhodes Scholar and earning a Ph.D. in philosophy at Harvard University, and his long career as a professor at Howard University. Locke also received a cosmopolitan, aesthetic education through his travels in continental Europe, where he came to appreciate the beauty of art and experienced a freedom unknown to him in the United States. And yet he became most closely associated with the flowering of Black culture in Jazz Age America and his promotion of the literary and artistic work of African Americans as the quintessential creations of American modernism. In the process, he looked to Africa to find the proud and beautiful roots of the race. Shifting the discussion of race from politics and economics to the arts, he helped establish the idea that Black urban communities could be crucibles of creativity. Stewart explores both Locke's professional and private life, including his relationships with his mother, his friends, and his white patrons, as well as his lifelong search for love as a gay man.

Stewart's thought-provoking biography recreates the worlds of this illustrious, enigmatic man who, in promoting the cultural heritage of Black people, became—in the process—a New Negro himself.

"Locke represents a biographical challenge of unusual difficulty. Superbly educated, dazzlingly intelligent, psychologically complicated, and a cultural analyst and visionary whose books and essays helped to shape our understanding of race and modern American culture, Locke could also be petty and vindictive, manipulative and cruel. Also stamping his identity was his brave commitment to living fully as a gay man, despite its various dangers. Jeffrey Stewart, rising superbly to this challenge, has given us one of the finest literary biographies to appear in recent years." —Arnold Rampersad, Stanford University

"Jeffrey Stewart's long-anticipated biography of the enigmatic Alain Locke fulfills its promise—and then some. A panoramic portrait of one of the great thinkers, teachers, and literary entrepreneurs of the early twentieth century, The New Negro sheds fresh light on the intellectual firmament whose brightest star discovered African American modernism in an era of cosmopolitanism, colonialism, and catastrophe, and the man whose complex and tragic life left him defeated, unfulfilled, and underappreciated . . . until now." —Robin D. G. Kelley, author of Thelonious Monk: The Life and Times of an American Original

"More than an account of Locke's professional and academic life, Stewart's book offers an integrated vision of Locke's professional and personal life and many details on the innermost aspects of Locke's personal life. This is without question one of the most comprehensive and insightful biographies of an important African American intellectual. Readers will be greatly rewarded for investing their time in its penetrating and revealing pages." —Jacoby Carter, CUNY John Jay College 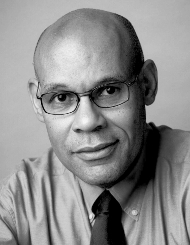 Jeffrey C. Stewart is a professor of Black Studies at the University of California, Santa Barbara. He is the author of Paul Robeson: Artist and Citizen and 1001 Things Everyone Should Know About African American History.