Eunice:
The Kennedy Who Changed the World

Harvard Book Store welcomes Brandeis professor and Pulitzer Prize–winning journalist EILEEN MCNAMARA for a discussion of her latest book, Eunice: The Kennedy Who Changed the World.

While Joe Kennedy was grooming his sons for the White House and the Senate, his Stanford-educated daughter Eunice was tapping her father’s fortune and her brothers’ political power to engineer one of the great civil rights movements of our time on behalf of millions of children and adults with intellectual disabilities. Now, in Eunice, Pulitzer Prize winner Eileen McNamara finally brings Eunice Kennedy Shriver out from her brothers’ shadow to show an officious, cigar-smoking, indefatigable woman of unladylike determination and deep compassion born of rage: at the medical establishment that had no answers for her sister Rosemary; at the revered but dismissive father whose vision for his family did not extend beyond his sons; and at the government that failed to deliver on America’s promise of equality.

Granted access to never-before-seen private papers—from the scrapbooks Eunice kept as a schoolgirl in prewar London to her thoughts on motherhood and feminism—McNamara paints a vivid portrait of a woman both ahead of her time and out of step with it: the visionary founder of the Special Olympics, a devout Catholic in a secular age, and a formidable woman whose impact on American society was longer lasting than that of any of the Kennedy men.

“An ace reporter and an artful storyteller, Eileen McNamara has rendered an indelible portrait of a Kennedy sibling every bit as savvy and accomplished as her celebrated brothers. Indispensable.” —Megan Marshall, Pulitzer Prize–winning author of Elizabeth Bishop: A Miracle for Breakfast and Margaret Fuller: A New American Life

“What a perfect combination of author and subject. The great Eileen McNamara shows how Eunice was the real deal Kennedy: tough, effective, and committed to social change.” —David Maraniss, New York Times bestselling author of Barack Obama: The Story

“McNamara gives us what’s been missing in our vision of America’s First Family: a look at the woman who defied Joe Kennedy’s absent expectations for his daughters, an appreciation for how Eunice made the ignored rights of the intellectually disabled into one of the great civil rights causes, and reason to believe the implausible claim that it was Eunice—not her more celebrated brothers Jack, Bobby and Ted—who crafted the Kennedys’ most monumental legacy.” —Larry Tye, New York Times bestselling author of Bobby Kennedy: The Making of a Liberal Icon 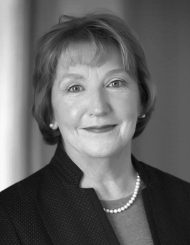 Eileen McNamara spent nearly thirty years as a journalist at The Boston Globe, where she won a Pulitzer Prize for Commentary. She now teaches journalism at Brandeis University. She is the author of Eunice.