An Academic Life:
A Memoir

in conversation with JANE KAMENSKY

Harvard Book Store welcomes HANNA HOLBORN GRAY—the first woman president of a major American University—for a discussion of her debut memoir, An Academic Life. She will be joined in conversation by historian, author, and Harvard professor JANE KAMENSKY.

About An Academic Life

Hanna Holborn Gray has lived her entire life in the world of higher education. The daughter of academics, she fled Hitler's Germany with her parents in the 1930s, emigrating to New Haven, where her father was a professor at Yale University. She has studied and taught at some of the world's most prestigious universities. She was the first woman to serve as provost of Yale. In 1978, she became the first woman president of a major research university when she was appointed to lead the University of Chicago, a position she held for fifteen years. In 1991, Gray was awarded the Presidential Medal of Freedom, the nation's highest civilian honor, in recognition of her extraordinary contributions to education.

An Academic Life is a candid self-portrait by one of academia's most respected trailblazers. Gray describes what it was like to grow up as a child of refugee parents, and reflects on the changing status of women in the academic world. She discusses the migration of intellectuals from Nazi-held Europe and the transformative role these exiles played in American higher education—and how the émigré experience in America transformed their own lives and work. She sheds light on the character of university communities, how they are structured and administered, and the balance they seek between tradition and innovation, teaching and research, and undergraduate and professional learning.

An Academic Life speaks to the fundamental issues of purpose, academic freedom, and governance that arise time and again in higher education, and that pose sharp challenges to the independence and scholarly integrity of each new generation.

"Hanna Holborn Gray has written a marvelous book that is at once a rich, warm, and vivid memoir of an astonishing life and a sharp, lively, and informative account of what it is like to run America’s greatest universities. An Academic Life is for anyone who wants to understand how universities have changed, and what they stand for." —Anthony Grafton, author of Worlds Made by Words: Scholarship and Community in the Modern West

"An Academic Life is a brilliant and captivating book. By any measure, Hanna Holborn Gray is a star—deeply learned, immensely wise in the ways of academic institutions, a leader and problem solver of the first rank." —Nancy Weiss Malkiel, author of Keep the Damned Women Out: The Struggle for Coeducation

"A richly detailed autobiography about an exceptionally full life in higher education. Gray's writing is extremely clear, graceful, and spiced with wry humor and candid observations." —Derek Bok, former president of Harvard University and author of The Struggle to Reform Our Colleges 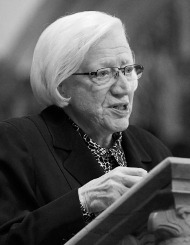 Hanna Holborn Gray is an American historian of Renaissance and Reformation political thought and Professor of History Emerita at the University of Chicago. She served as president of the University of Chicago, from 1978 to 1993, having earlier served as acting president of Yale University in 1977-78. At both schools, she was the first woman to hold their highest executive office. When named to the post in Chicago, she became the first woman in the United States to hold the full presidency of a major university. 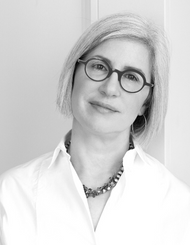 Jane Kamensky earned her BA (1985) and PhD (1993) in history from Yale University. She is Jonathan Trumbull Professor of American History at Harvard University and Pforzheimer Foundation Director of the Schlesinger Library on the History of Women in America at Harvard Radcliffe Institute. A historian of British America and the United States, she is the author of numerous books, including A Revolution in Color: The World of John Singleton Copley (2016), which won four major prizes and was a finalist for several others. She is currently completing her next book, Candida Royalle and the Sexual Revolution, as a Leon Levy Biography Fellow at the CUNY Graduate Center. A former Commissioner of the Smithsonian National Portrait Gallery, Kamensky serves as a Trustee of the Museum of the American Revolution, and as one of the principal investigators on the NEH/ Department of Education-funded initiative, Educating for American Democracy.