The Storm Before the Storm:
The Beginning of the End of the Roman Republic

Harvard Book Store and Mass Humanities welcome MIKE DUNCAN—creator of the award-winning podcast The History of Rome—for a discussion of his book, The Storm Before the Storm: The Beginning of the End of the Roman Republic.

About The Storm Before the Storm

The Roman Republic was one of the most remarkable achievements in the history of civilization. After its founding in 509 BCE, the Romans refused to allow a single leader to seize control of the state and grab absolute power. The Roman commitment to cooperative government and peaceful transfers of power was unmatched in the history of the ancient world.

But by the year 133 BCE, the republican system was unable to cope with the vast empire Rome now ruled. Almost as soon as they had conquered the Mediterranean, Rome became engulfed in violent political conflicts and civil wars that would destroy the Republic less than a century later.

Chronicling the years 133-80 BCE, The Storm Before the Storm is a rollicking deep-dive into the bloody battles, political machinations, and human drama that defined a dangerous new political environment—a stark warning for modern readers about what happens to a civilization driven by increasing economic inequality, political polarization, and ruthless ambition.

"The Storm Before the Storm is massively entertaining and relevant to our own time. All times, in fact. War, politics, money, power, corruption, and class warfare seem to overwhelm the Republican Roman political system and the results are horrifying. Huge personalities like Marius and Sulla cast a large shadow, but forces beyond anyone's control seem to drive the narrative. A chilling reminder of what can happen in any republic. Masterfully told." ―Dan Carlin, host of Hardcore History

"Written with the humor and storytelling instincts that made him such a popular podcaster, Duncan brilliantly answers a vital question that is rarely asked: What weakened the late Roman Republic enough that it collapsed under the ambitions of the Caesars? This is history as it should be—compelling, witty, and ultimately revealing." ―Lars Brownworth, author of In Distant Lands: A Short History of the Crusades

"Never has a book about history that's two millennia old been so timely. Duncan, in the sort of narrative prose that caused his podcasts to electrify history lovers everywhere, tells the story of the decay of Republican Rome—and its contemporary relevance drips off every page. The Storm Before the Storm has everything from vividly portrayed populist demagogues exploiting economic and social inequality to the failure of calcified republican institutions to adapt to changing circumstances. You'll learn as much about the problems we face today from this book as from any newspaper." ―Benjamin Wittes, editor in chief of Lawfare and a senior fellow at the Brookings Institution 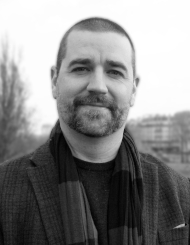