In the Shadow of the Ivory Tower:
How Universities Are Plundering Our Cities

in conversation with EDDIE R. COLE

Harvard Book Store's virtual events series welcomes DAVARIAN L. BALDWIN—the Paul E. Raether Distinguished Professor of American Studies and founding director of the Smart Cities Lab at Trinity College—for a discussion of his latest book, In the Shadow of the Ivory Tower: How Universities Are Plundering Our Cities. He will be joined in conversation by EDDIE R. COLE, associate professor higher education and organizational change at UCLA and author of The Campus Color Line: College Presidents and the Struggle for Black Freedom.

While payment is not required, we are suggesting a $5 contribution to support this author series, our staff, and the future of Harvard Book Store—a locally owned, independently run Cambridge institution. In addition, by purchasing a copy of In the Shadow of the Ivory Tower on harvard.com, you support indie bookselling and the writing community during this difficult time.

About In the Shadow of the Ivory Tower

Urban universities play an outsized role in America’s cities. They bring diverse ideas and people together and they generate new innovations. But they also gentrify neighborhoods and exacerbate housing inequality in an effort to enrich their campuses and attract students. They maintain private police forces that target the Black and Latinx neighborhoods nearby. They become the primary employers, dictating labor practices and suppressing wages.

In the Shadow of the Ivory Tower takes readers from Hartford to Chicago and from Phoenix to Manhattan, revealing the increasingly parasitic relationship between universities and our cities. Through eye-opening conversations with city leaders, low-wage workers tending to students’ needs, and local activists fighting encroachment, scholar Davarian L. Baldwin makes clear who benefits from unchecked university power—and who is made vulnerable.

In the Shadow of the Ivory Tower is a wake-up call to the reality that higher education is no longer the ubiquitous public good it was once thought to be. But as Baldwin shows, there is an alternative vision for urban life, one that necessitates a more equitable relationship between our cities and our universities.

Praise for In the Shadow of the Ivory Tower

“Baldwin brings his incisive insights and analysis to bear in a devastating critique of our dated and quaint notions of universities and colleges as egalitarian sites of learning and cultural production. He unmasks ‘UniverCities’ as growth machines, unleashing gentrification, stewarding large police forces, cheating tax coffers while exploiting low wage Black and Brown labor throughout the campus.” —Keeanga-Yamahtta Taylor, author of Race for Profit: How Banks and the Real Estate Industry Undermined Black Homeownership

“An unflinching and comprehensive look at how capital has reached its talons into every facet of our lives, from the halls of our elite universities to the street corners of our local communities. A must-read for anyone interested in envisioning a more equitable future for education and city life.” —P. E. Moskowitz, author of How To Kill A City

“Insightful, compelling, and timely. This book lays the groundwork for the role of universities in creating equitable and just cities.” —Ibram X. Kendi, National Book Award-winning author of Stamped from the Beginning 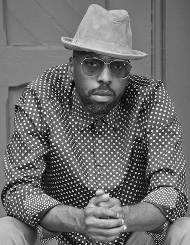 Davarian L. Baldwin is a leading urbanist, historian, and cultural critic. The Paul E. Raether Distinguished Professor of American Studies and founding director of the Smart Cities Lab at Trinity College, Baldwin is the author of Chicago’s New Negroes: Modernity, the Great Migration, and Black Urban Life and co-editor, with Minkah Makalani, of the essay collection Escape From New York! The New Negro Renaissance beyond Harlem. He lives with his wife and children in Springfield, Massachusetts. 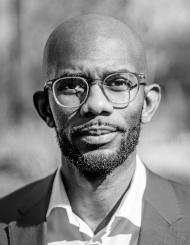 Eddie R. Cole, Ph.D., is associate professor of higher education and organizational change at UCLA, and the author of The Campus Color Line: College Presidents and the Struggle for Black Freedom. Named in 2021 by Education Week as one of “the top university-based scholars in the U.S. who did the most last year to shape educational practice and policy,” Cole’s scholarship has also been featured in the Washington Post, Los Angeles Times, and Chronicle of Higher Education. He has also appeared on BBC World News and C-Span BookTV.