While payment is not required, we are suggesting a $5 contribution to support this author series, our staff, and the future of Harvard Book Store—a locally owned, independently run Cambridge institution. In addition, by purchasing copies of Night Rooms and White Magic on harvard.com, you support indie bookselling and the writing community during this difficult time.

“In a horror movie, an infected character may hide a bite or rash, an urge, an unwellness. She might withdraw or act out, or behave as if nothing is the matter, nothing has happened. Any course of action opposite saying how she feels suggests suffering privately is preferable to the anticipated betrayal of being cast out.”

Night Rooms is a poetic, intimate collection of personal essays that weaves together fragmented images from horror films and cultural tropes to meditate on anxiety and depression, suicide, body image, identity, grief, and survival.

Refracting life through the lens of horror films, Night Rooms masterfully leaps between reality and movies, past and present—because the “final girl’s” story is ultimately a survival story told another way.

Throughout her life, Elissa Washuta has been surrounded by cheap facsimiles of Native spiritual tools and occult trends, “starter witch kits” of sage, rose quartz, and tarot cards packaged together in paper and plastic. Following a decade of abuse, addiction, PTSD, and heavy-duty drug treatment for a misdiagnosis of bipolar disorder, she felt drawn to the real spirits and powers her dispossessed and discarded ancestors knew, while she undertook necessary work to find love and meaning.

In this collection of intertwined essays, she writes about land, heartbreak, and colonization, about life without the escape hatch of intoxication, and about how she became a powerful witch. She interlaces stories from her forebears with cultural artifacts from her own life—Twin Peaks, the Oregon Trail II video game, a Claymation Satan, a YouTube video of Stevie Nicks and Lindsey Buckingham—to explore questions of cultural inheritance and the particular danger, as a Native woman, of relaxing into romantic love under colonial rule.

"Gina Nutt's Night Rooms is a startling collection of 18 essays ruminating on life experiences, cultural tropes and horror films, examining questions of gender, fear and grief. Fragmented in form, but firmly interconnected, these essays refuse to look away. Nutt's prose is lyrical, provocative, intimate and intelligent. . . Together, these pieces form an experience that is sensory, intellectual and emotional, illuminating difficult and even uncomfortable truths." —Julia Kastner, Shelf Awareness

"Night Rooms is vulnerable, cinematic, and positively transcendent. Gina Nutt uses themes and details from horror films as a way into a meditation on the deaths she's experienced in her own life, acting as a kind of literary final girl, asking, what does it mean to survive? Nutt's exploration of this question is captivating to read, as her chainsaw-sharp sentences carve a path toward the truth. I love this book." —Chelsea Hodson, author of Tonight I'm Someone Else

"White magic, red magic, Stevie Nicks magic—this is Elissa Washuta magic, which is a spell carved from a life, written in blood, and sealed in an honesty I can hardly fathom." —Stephen Graham Jones, author of The Only Good Indians

"Elissa Washuta is exactly the writer we need right now: as funny as she is formidable a thinker, as thoughtful as she is inventive—her scrutiny is a fearless tool, every subject whittled to its truest form." —Melissa Febos, author of Girlhood 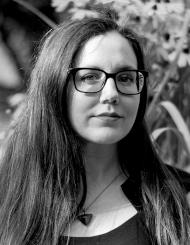 Elissa Washuta is a member of the Cowlitz Indian Tribe and a nonfiction writer. She is the author of the books White Magic, Starvation Mode, and My Body Is a Book of Rules, named a finalist for the Washington State Book Award. With Theresa Warburton, she is co-editor of the anthology Shapes of Native Nonfiction: Collected Essays by Contemporary Writers. She is an assistant professor of creative writing at the Ohio State University. 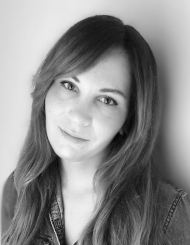 Gina Nutt is the author of the poetry collection Wilderness Champion. She earned her MFA from Syracuse University. Her writing has appeared in Cosmonauts Avenue, Joyland, Ninth Letter, and other publications. Night Rooms is her debut essay collection.