The Book of Lost Names:
A Novel

The Yellow Bird Sings:
A Novel

While payment is not required, we are suggesting a $5 contribution to support this author series, our staff, and the future of Harvard Book Store—a locally owned, independently run Cambridge institution. In addition, by purchasing copies of The Book of Lost Names and The Yellow Bird Sings on harvard.com, you support indie bookselling and the writing community during this difficult time.

About The Book of Lost Names

Eva Traube Abrams, a semi-retired librarian in Florida, is shelving books one morning when her eyes lock on a photograph in a magazine lying open nearby. She freezes; it’s an image of a book she hasn’t seen in sixty-five years—a book she recognizes as The Book of Lost Names.

The accompanying article discusses the looting of libraries by the Nazis across Europe during World War II—an experience Eva remembers well—and the search to reunite people with the texts taken from them so long ago. The book in the photograph, an eighteenth-century religious text thought to have been taken from France in the waning days of the war, is one of the most fascinating cases. Now housed in Berlin’s Zentral- und Landesbibliothek library, it appears to contain some sort of code, but researchers don’t know where it came from—or what the code means. Only Eva holds the answer—but will she have the strength to revisit old memories and help reunite those lost during the war?

As a graduate student in 1942, Eva was forced to flee Paris after the arrest of her father, a Polish Jew. Finding refuge in a small mountain town in the Free Zone, she begins forging identity documents for Jewish children fleeing to neutral Switzerland. But erasing people comes with a price, and along with a mysterious, handsome forger named Rémy, Eva decides she must find a way to preserve the real names of the children who are too young to remember who they really are. The records they keep in The Book of Lost Names will become even more vital when the resistance cell they work for is betrayed and Rémy disappears.

An engaging and evocative novel reminiscent of The Lost Girls of Paris and The Alice Network, The Book of Lost Names is a testament to the resilience of the human spirit and the power of bravery and love in the face of evil.

About The Yellow Bird Sings

As Nazi soldiers round up the Jews in their town, Róza and her 5-year-old daughter, Shira, flee, seeking shelter in a neighbor’s barn. Hidden in the hayloft day and night, Shira struggles to stay still and quiet, as music pulses through her and the farmyard outside beckons. To soothe her daughter and pass the time, Róza tells her a story about a girl in an enchanted garden:

The girl is forbidden from making a sound, so the yellow bird sings. He sings whatever the girl composes in her head: high-pitched trills of piccolo; low-throated growls of contrabassoon. Music helps the flowers bloom.

In this make-believe world, Róza can shield Shira from the horrors that surround them. But the day comes when their haven is no longer safe, and Róza must make an impossible choice: whether to keep Shira by her side or give her the chance to survive apart.

Inspired by the true stories of Jewish children hidden during World War II, Jennifer Rosner’s debut is a breathtaking novel about the unbreakable bond between a mother and a daughter. Beautiful and riveting, The Yellow Bird Sings is a testament to the triumph of hope—a whispered story, a bird’s song—in even the darkest of times.

Praise for The Book of Lost Names

“With meticulous research and an assured hand, Kristin Harmel once again spotlights French Resistance figures of the Second World War, unique heroes whose bravery and immeasurable sacrifices are too often lost to history. The Book of Lost Names is a fascinating, heartrending page-turner that, like the real-life forgers who inspired the novel, should never be forgotten. A riveting historical tale that I devoured in a single sitting.” —Kristina McMorris, New York Times bestselling author of Sold on a Monday

"Not since The Nightingale have I finished a book and been so choked with emotion. Harmel was inspired by the true story of French citizens who fought against evil during WWII with courage and conviction. She shines a brilliant light on those who had their identities erased and lives destroyed, on a country and its people torn apart, and young women like Eva, who risked their lives with everyday acts of epic heroism. Sweeping and magnificent." —Fiona Davis, national bestselling author of The Lions of Fifth Avenue

Praise for The Yellow Bird Sings

“Rosner’s exquisite, heart-rending debut novel is proof that there’s always going to be room for another story about World War II . . . This is an absolutely beautiful and necessary novel, full of heartbreak but also hope, about the bond between mother and daughter, and the sacrifices made for love." —New York Times

“A beautifully written tale of mothers and daughters, war and love, the music of the living and the silence of the dead.” —Kate Quinn, author of The Huntress and The Alice Network 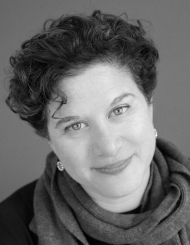 Jennifer Rosner is author of The Yellow Bird Sings, called "exquisite, heart-rending . . . an absolutely beautiful and necessary novel" by the New York Times Book Review and a Finalist for the 2020 National Jewish Book Award. Her previously published books include the memoir, If a Tree Falls: A Family's Quest to Hear and Be Heard, and the picture book, The Mitten String. In addition to writing, Jennifer teaches philosophy. She received her BA from Columbia University and her Ph.D. from Stanford University, and lives in western MA with her family. 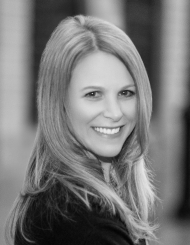 Kristin Harmel is the New York Times, USA Today, and #1 international bestselling author of more than a dozen novels including The Book of Lost Names, The Winemaker’s Wife, and The Forest of Vanishing Stars, which will be out July 6. Her books have been translated into 29 languages and are sold all over the world. She is also the cofounder and cohost of the popular web series, Friends & Fiction. She lives in Orlando, Florida.