The Heroine With 1001 Faces

in conversation with MOIRA WEIGEL

Harvard Book Store's virtual event series welcomes renowned folklorist MARIA TATAR—the John L. Loeb Research Professor of Folklore and Mythology and Germanic Languages and Literatures at Harvard University—for a discussion of her latest book, The Heroine With 1001 Faces. She will be joined in conversation by MOIRA WEIGEL, scholar and founding editor of Logic magazine.

While payment is not required, we are suggesting a $5 contribution to support this author series, our staff, and the future of Harvard Book Store—a locally owned, independently run Cambridge institution. In addition, by purchasing a copy of The Heroine With 1001 Faces on harvard.com, you support indie bookselling and the writing community during this difficult time.

About The Heroine With 1001 Faces

How do we explain our newfound cultural investment in empathy and social justice? For decades, Joseph Campbell had defined our cultural aspirations in The Hero with a Thousand Faces, emphasizing the value of seeking glory and earning immortality. His work became the playbook for Hollywood, with its many male-centric quest narratives.

Challenging the models in Campbell’s canonical work, Maria Tatar explores how heroines, rarely wielding a sword and deprived of a pen, have flown beneath the radar even as they have been bent on social missions. Using the domestic arts and storytelling skills, they have displayed audacity, curiosity, and care as they struggled to survive and change the reigning culture. Animating figures from Ovid’s Philomela, her tongue severed yet still weaving a tale about sexual assault, to Stieg Larsson’s Lisbeth Salander, a high-tech wizard seeking justice for victims of a serial killer, The Heroine with 1001 Faces creates a luminous arc that takes us from ancient times to the present.

Praise for The Heroine With 1001 Faces

"From Penelope and Pandora to Katniss Everdeen and Lisbeth Salander, the ‘hero's journey’ gets a much-needed makeover . . . Starting with Greek mythology and Scheherezade and moving through the centuries all the way to the Game of Thrones series and The Queen's Gambit, Tatar incisively explores women's reinvention of heroism to embrace empathy, compassion, and care, often to pursue social justice . . . Of this lineage, among the shared interesting traits not traditionally associated with women characters is a prodigious appetite . . . As Wonder Woman might say, Suffering Sappho! This book is fascinating, fun, and consistently enlightening." —Kirkus Reviews, starred review

"More than a rebuttal to Joseph Campbell’s seminal text The Hero with A Thousand Faces, Tatar’s book offers the infinite experiences of women. . . . Engaging with the works of Margaret Atwood, Angela Carter, Toni Morrison, Anne Sexton, and many others, Tatar explores the historical and textual difficulties of having a voice. . . . A necessary and compelling read for scholars, activists, and storytellers interested in inclusive revisions to the hero’s canon." —Asa Drake, Library Journal, starred review

"Rewarding . . . Tatar defines a version of heroism that 'is driven . . . by attentive care, an affect that is triggered by openness to the world.' . . . The overarching conversational tone and modern-day relevance give the book color [and] arguments are well supported with plenty of examples pulled from all corners of literature." —Publishers Weekly 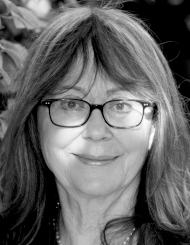 Maria Tatar is the author of Enchanted Hunters, the editor and translator of annotated editions of works by Hans Christian Andersen and the Brothers Grimm, and the editor of an annotated edition of J. M. Barrie’s Peter Pan. She is the John L. Loeb Research Professor of Folklore and Mythology and Germanic Languages and Literatures at Harvard University, as well as a Senior Fellow of the Harvard Society of Fellows. 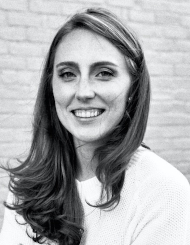 Moira Weigel is the author of Labor of Love: The Invention of Dating. Her writing has appeared in the New York Times,The Atlantic, The New Yorker, The Guardian, The Nation, The New Republic, and n+1, among other publications, and she is a cofounder of Logic magazine. She received a fellowship to the Harvard Society of Fellows in 2016 and lives in Cambridge, Massachusetts.