in conversation with JONATHAN ROSA

Harvard Book Store's virtual event series welcomes VANESSA DÍAZ—jounalist, multimedia ethnographer, and assistant professor in the Department of Chicana/o and Latina/o Studies at Loyola Marymount University—for a discussion of her book Manufacturing Celebrity: Latino Paparazzi and Women Reporters in Hollywood. She will be joined in conversation by JONATHAN ROSA, Associate Professor of Education, Comparative Race and Ethnic Studies at Stanford University.

While payment is not required, we are suggesting a $3 contribution to support this author series, our staff, and the future of Harvard Book Store—a locally owned, independently run Cambridge institution. In addition, by purchasing a copy of Manufacturing Celebrity on harvard.com, you support indie bookselling and the writing community during this difficult time.

Celebrity reporters, most of whom are white women, are expected to leverage their sexuality to generate coverage, which makes them vulnerable to sexual exploitation and assault. Meanwhile, the predominantly male Latino paparazzi can face life-threatening situations and endure vilification that echoes anti-immigrant rhetoric. In pointing out the precarity of those who hustle to make a living by generating the bulk of celebrity media, Díaz highlights the profound inequities of the systems that provide consumers with 24/7 coverage of their favorite stars.

“Manufacturing Celebrity presents fascinating ethnographic details and piercing social analysis on the production of ‘celebrity’ through sophisticated discussions of Latinx paparazzi, red carpet photographers, and women reporters exploited by the cultural dynamics of tabloid and mainstream news-making. This insightful book will be valuable to communication scholars, feminists, critical race scholars, media anthropologists, and general audiences interested in the representation and production of celebrity culture. Vanessa Díaz writes with a confident and a distinctive scholarly voice.” —John L. Jackson, Jr., Walter H. Annenberg Dean of the Annenberg School for Communication and Richard Perry University Professor at the University of Pennsylvania

“Vanessa Díaz pulls back the curtain on Hollywood and the people who photograph and write about the movie stars of today and tomorrow. Manufacturing Celebrity is a must-read for anyone desiring keenly observed insights into the struggles of immigrants and women trying to catch some of the stardust in Hollywood's dream factory. Their stories reveal a Hollywood undergoing change that is often resisted as it grapples with the contemporary demographic reality of the United States.” —Leo R. Chavez, author of The Latino Threat: Constructing Immigrants, Citizens, and the Nation 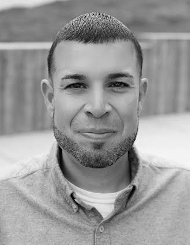 Jonathan Rosa is Associate Professor of Education, Comparative Race and Ethnic Studies, and, by courtesy, Anthropology and Linguistics, at Stanford University. He is author of the book Looking like a Language, Sounding like a Race: Raciolinguistic Ideologies and the Learning of Latinidad (2019, Oxford University Press) and co-editor of the volume Language and Social Justice in Practice (2019, Routledge). His work has been published in scholarly journals such as the Harvard Educational Review, American Ethnologist, Journal of Linguistic Anthropology, and Language in Society, as well as featured in media outlets including the New York Times, The Nation, NPR, and Univision. 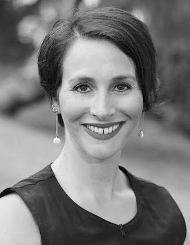 Vanessa Díaz is a multimedia ethnographer and journalist whose work focuses on issues of race, gender, and labor in popular culture across the Americas. Díaz is a co-author of UCLA’s 2017 Hollywood Diversity Report, director of the film Cuban HipHop: Desde el Principio, and the media editor for Transforming Anthropology. Her research has been profiled in such outlets as the Atlantic and the Los Angeles Times. Díaz is an assistant professor in the Department of Chicana/o and Latina/o Studies at Loyola Marymount University.