The Great Offshore Grounds:
A Novel

in conversation with CARA HOFFMAN

Harvard Book Store's virtual event series welcomes acclaimed novelist and essayist VANESSA VESELKA—author of the PEN/Robert W. Bingham Prize–winning novel Zazen—for a discussion of her latest novel, The Great Offshore Grounds. She will be joined in conversation by acclaimed writer CARA HOFFMAN, author of the celebrated novels So Much Pretty, Be Safe I Love You, and Running.

While payment is not required, we are suggesting a $3 contribution to support this author series, our staff, and the future of Harvard Book Store—a locally owned, independently run Cambridge institution. In addition, by purchasing a copy of The Great Offshore Grounds on harvard.com, you support indie bookselling and the writing community during this difficult time.

About The Great Offshore Grounds

On the day of their estranged father's wedding, half sisters Cheyenne and Livy set off to claim their inheritance. It's been years since the two have seen each other. Cheyenne is newly back in Seattle, crashing with Livy after a failed marriage and a series of dead ends. Livy works refinishing boats, her resentment against her freeloading sister growing as she tamps down dreams of fishing off the coast of Alaska. But the promise of a shot at financial security brings the two together to claim what's theirs. Except, instead of money, what their father gives them is information—a name—which both reveals a stunning family secret and compels them to come to grips with it. In the face of their new reality, the sisters and their adopted brother each set out on journeys that will test their faith in one another, as well as their definitions of freedom.

Moving from Seattle's underground to the docks of the Far North, from the hideaways of the southern swamps to the storied reaches of the Great Offshore Grounds, Vanessa Veselka spins a tale with boundless verve, linguistic vitality, and undeniable tenderness.

Praise for The Great Offshore Grounds

"The Great Offshore Grounds reminded me of what a great novel can do—Veselka's seafaring epic has the forward momentum of a grand adventure and the spiraling depth of a new myth. All the pleasure of eighteenth century storytelling renewed for our newborn millennium. I love this textured, tonally complex wonder of a book, a quest for Melville's 'unimaginable sublimity' that never shies away from the messy flux of the body, or the oceanic scope of our shared global history. It's also a blast to read—darkly hilarious, astral, cerebral, suspenseful, warm-blooded, divine." —Karen Russell, author of Orange World

"I immediately fell in love with the phenomenal sisters at the heart of Vanessa Veselka's supernova of a new novel, The Great Offshore Grounds. This novel is thrilling in its content, daring in heart, and makes a helix between a novel of ideas and the best damn story of women who forge their identities on their own terms that I've read in years." —Lidia Yuknavitch, author of Verge

"The Great Offshore Grounds blew me away. The tangled journeys of three siblings in the hardest of times pursuing freedom and love through a broken world will both move and dazzle readers. Wry, epic, glorious." —Emma Donoghue, author of Akin 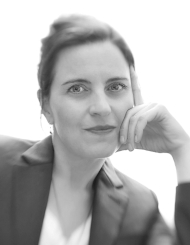 Cara Hoffman is the author of Running, a New York Times Editor's Choice, an Esquire Magazine Best Book of 2017, and an Autostraddle Best Queer and Feminist Book of 2017. Her first novel, So Much Pretty, sparked a national dialogue on violence and retribution and was named Best Suspense Novel of the year by the New York Times Book Review. Her second novel, Be Safe I Love You, was nominated for a Folio Prize, named one of the Five Best Modern War Novels by the Telegraph UK. Her essays have appeared in the New York Times, The Paris Review, Bookforum, Rolling Stone, Salon and NPR. 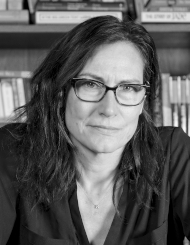 Vanessa Veselka is the author of the novel Zazen, which won the PEN/Robert W. Bingham Prize. Her short stories have appeared in Tin House and ZYZZYVA, and her nonfiction in GQ, The Atlantic, Smithsonian, The Atavist, and was included in Best American Essays and the anthology Bitchfest: Ten Years of Cultural Criticism. She has been, at various times, a teenage runaway, a sex worker, a union organizer, an independent record label owner, a train hopper, a waitress, and a mother. She lives in Portland, OR.