You Exist Too Much:
A Novel

in conversation with TONY TULATHIMUTTE

Harvard Book Store's virtual event series and GrubStreet welcome debut author ZAINA ARAFAT for a discussion of her new novel You Exist Too Much. She will be joined in conversation by Whiting Award–winning novelist TONY TULATHIMUTTE, author of the celebrated novel Private Citizens.

While payment is not required, we are suggesting a $3 contribution to support this author series, our staff, and the future of Harvard Book Store—a locally owned, independently run Cambridge institution. In addition, by purchasing a copy of You Exist Too Much on harvard.com, you support indie bookselling and the writing community during this difficult time.

About You Exist Too Much

On a hot day in Bethlehem, a 12-year-old Palestinian-American girl is yelled at by a group of men outside the Church of the Nativity. She has exposed her legs in a biblical city, an act they deem forbidden, and their judgement will echo on through her adolescence. When our narrator finally admits to her mother that she is queer, her mother’s response only intensifies a sense of shame: “You exist too much,” she tells her daughter.

Told in vignettes that flash between the U.S. and the Middle East—from New York to Jordan, Lebanon, and Palestine—Zaina Arafat’s debut novel traces her protagonist’s progress from blushing teen to sought-after DJ and aspiring writer. In Brooklyn, she moves into an apartment with her first serious girlfriend and tries to content herself with their comfortable relationship. But soon her longings, so closely hidden during her teenage years, explode out into reckless romantic encounters and obsessions with other people. Her desire to thwart her own destructive impulses will eventually lead her to The Ledge, an unconventional treatment center that identifies her affliction as “love addiction.” In this strange, enclosed society she will start to consider the unnerving similarities between her own internal traumas and divisions and those of the places that have formed her.

Opening up the fantasies and desires of one young woman caught between cultural, religious, and sexual identities, You Exist Too Much is a captivating story charting two of our most intense longings—for love, and a place to call home.

Praise for You Exist Too Much

"You Exist Too Much gets desire at a deep level: where it comes from, how it pushes and tugs, and how it's virtually never just about who it's about. As the narrator pinballs from one disastrous affair to the next, we get more than the chronicle of a young full-blown love addict, but a keen study in how our wants are bound to place, race, gender, religion, psychology, and family. Zaina Arafat speaks for the persistently hungry." —Tony Tulathimutte, author of Private Citizens

"Zaina Arafat has dreamed up a narrator who claws herself off the page in her aliveness, ripped between an insurmountable urge to chase desire and a longing for stability, cultural and familial acceptance, and lasting love. The result is an aching, deeply humane bildungsroman that superbly examines the gap between what we have and what we want." —Kristen Radtke, author of Imagine Wanting Only This

"What a breath of fresh air! Zaina Arafat takes a familiar figure—the restless, womanizing narrator of many a canonical novel—and reimagines it to mordant and delightful effect. Her queer, Palestinian American, love-addict protagonist is pining mostly for a sense of belonging and purpose. She's a deeply relatable character who beautifully conveys the anguish of trying to figure out a life between categories of various kinds. You Exist Too Much is a moving, irreverent, darkly entertaining novel about the agony of family, the mysteries of romantic love, and the painful work of learning where we stop and others begin. Arafat is a true original." ―Nina Renata Aron, author of Good Morning, Destroyer of Men's Souls 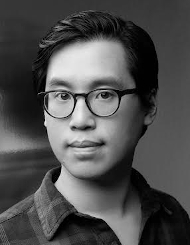 Tony Tulathimutte’s novel Private Citizens was called “the first great millennial novel” by New York Magazine. A graduate of Stanford University and the Iowa Writers’ Workshop, he has written for the New York Times, VICE, WIRED, N+1, Playboy, The New Yorker, The New Republic, and others. He’s received a Whiting Award and an O. Henry Award, and currently runs CRIT, a writing class in Brooklyn. 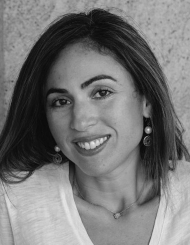 Zaina Arafat is a Palestinian American writer. Her stories and essays have appeared in publications including The New York Times, Granta, The Believer, Virginia Quarterly Review, The Washington Post, and NPR. She holds an MA in international affairs from Columbia University and an MFA from the University of Iowa and is a recipient of the Arab Women/Migrants from the Middle East fellowship at Jack Jones Literary Arts. She grew up between the United States and the Middle East and currently lives in Brooklyn.