in conversation with SUSAN COOPER

Harvard Book Store welcomes celebrated author DAVID MITCHELL—author of the Booker Prize–shortlisted novels number9dream and Cloud Atlas—for a discussion of his latest, highly anticipated novel Utopia Avenue. He will be joined in conversation by SUSAN COOPER, author of the beloved fantasy series The Dark Is Rising.

All tickets include a signed copy of Utopia Avenue, specially bound by the publisher.
Meet-and-greet tickets also include a 1 minute virtual one-on-one with the author following the event. These tickets are limited in quantity.

Utopia Avenue is the strangest British band you’ve never heard of. Emerging from London’s psychedelic scene in 1967, and fronted by folk singer Elf Holloway, blues bassist Dean Moss and guitar virtuoso Jasper de Zoet, Utopia Avenue embarked on a meteoric journey from the seedy clubs of Soho, a TV debut on Top of the Pops, the cusp of chart success, glory in Amsterdam, prison in Rome, and a fateful American sojourn in the Chelsea Hotel, Laurel Canyon, and San Francisco during the autumn of ’68.

David Mitchell’s kaleidoscopic novel tells the unexpurgated story of Utopia Avenue’s turbulent life and times; of fame’s Faustian pact and stardom’s wobbly ladder; of the families we choose and the ones we don’t; of voices in the head, and the truths and lies they whisper; of music, madness, and idealism. Can we really change the world, or does the world change us?

“[David Mitchell is] prodigiously daring and imaginative . . . As in the works of Thomas Pynchon and Herman Melville, one feels the roof of the narrative lifted off and oneself in thrall.” —Time

“Mitchell is, clearly, a genius. He writes as though at the helm of some perpetual dream machine, can evidently do anything, and his ambition is written in magma across this novel’s every page.” —The New York Times Book Review 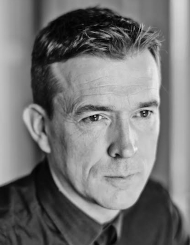 David Mitchell is the bestselling author of Slade House, The Bone Clocks, The Thousand Autumns of Jacob de Zoet, Black Swan Green, Cloud Atlas, number9dream, and Ghostwritten. Twice shortlisted for the Man Booker Prize, Mitchell was named one of the 100 most influential people in the world by Time Magazine in 2007. With KA Yoshida, Mitchell translated from the Japanese the autism memoirs The Reason I Jump and Fall Down 7 Times Get Up 8 by Naoki Higashida. His screenwriting co-credits include Netflix’s Sense8 and the fourth Matrix film.  He lives in West Cork, Ireland. 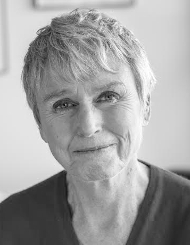 Susan Cooper's classic five-book fantasy sequence The Dark Is Rising has sold millions of copies worldwide. Her many books for young adults have won the Newbery Medal, a Newbery Honor, and the Boston Globe-Horn Book Award, and been shortlisted five times for the Carnegie Medal. She combines fantasy with history in Victory (a Washington Post Top Ten for Children novel), King of Shadows and Ghost Hawk, and her magical The Boggart and the Monster, second in a trilogy, won the Scottish Arts Council’s Children’s Book Award.