in conversation with MICHELLE HOOVER

Harvard Book Store welcomes COURTNEY MAUM—author of the critically acclaimed I Am Having So Much Fun Here Without You and Touch—for a discussion of her latest novel, Costalegre. She will be joined in conversation by acclaimed author and writing instructor MICHELLE HOOVER, head of GrubStreet's Novel Incubator program.

It is 1937, and Europe is on the brink of war. In the haute-bohemian circles of Austria, Germany, and Paris, Hitler is circulating a most-wanted list of “cultural degenerates”―artists, writers, and thinkers whose work is deemed antithetical to the new regime.  To prevent the destruction of her favorite art (and artists), the impetuous American heiress and modern art collector, Leonora Calaway, begins chartering boats and planes for an elite group of surrealists to Costalegre, a mysterious resort in the Mexican jungle, where she has a home.

The story of what happens to these artists when they reach their destination is told from the point of view of Lara, Leonora’s neglected 15-year-old daughter, who has been pulled out of school to follow her mother to Mexico. Forced from a young age to cohabit with her mother’s eccentric whims, tortured lovers, and entourage of gold-diggers, Lara suffers from emotional, educational, and geographical instability that a Mexican sojourn with surrealists isn’t going to help. But when she meets the outcast Dadaist sculptor Jack Klinger, a much older man who has already been living in Costalegre for some time, Lara thinks she might have found the love and understanding she so badly craves.

“When young Lara finds herself in Costalegre, living with her mother and a gaggle of 19th century surrealist artists, wonder and mayhem ensues. With this slim novel, Courtney Maum has gifted her readers with a breathtaking meditation on youth, art, and the ever-mysterious bonds between mothers and daughters. Costalegre is a spectacular high-wire act that dazzles and devastates.” —Laura van den Berg, author of The Third Hotel

“Courtney Maum's Costalegre is a marvel―so lively, intimate, and strange you don't read so much as dream the voice and visions of Lara, our 15 year old narrator writing from a house full of surrealists in Mexico, as they wait out WWII. This is an unforgettable book, by a writer who proves on these pages that she can do anything.” —Julie Buntin, author of Marlena

“Mesmerizing and unsettling, Costalegre is a wonder, and Courtney Maum shows herself once again to be a writer of many gifts. This is a book for anyone who’s ever loved, and not felt sufficiently loved in return; and for anyone who’s had to try to grow up; for, that is, everyone.”
—R.O. Kwon, author of The Incendiaries 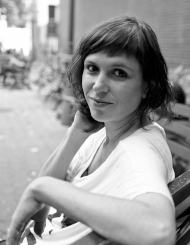 Courtney Maum is the author of the novels Touch and I Am Having So Much Fun Here Without You, the chapbook Notes from Mexico, and the forthcoming guide for writers, After the Book Deal. Her writing and essays have been widely published in such outlets as BuzzFeed, the New York Times, O, the Oprah Magazine, and Modern Loss. She is the founder of the collaborative creative retreat, The Cabins, and she also works as a product and cosmetic shade namer from her home in Litchfield County. 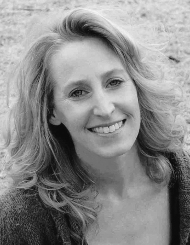 Michelle Hoover is the Fannie Hurst Writer-in-Residence at Brandeis University and teaches at GrubStreet, where she leads the Novel Incubator program. She is a 2014 NEA Fellow and has been a Writer-in-Residence at Bucknell University, a MacDowell Fellow, and a winner of the PEN/New England Discovery Award. Her debut, The Quickening, was a 2010 Massachusetts Book Award "Must Read.” Her latest novel, Bottomland, is the 2017 All Iowa Reads selection. She is a native of Iowa and lives in Boston.