Harvard Book Store is thrilled to welcome back local author GISH JEN for a reading from World and Town, her most recent novel, newly out in paperback.

Hattie Kong—the spirited offspring of a descendant of Confucius and an American missionary to China—has, in her fiftieth year of living in the United States, lost both her husband and her best friend to cancer. It is an utterly devastating loss, of course, and also heartbreakingly absurd: a little, she thinks, “like having twins. She got to book the same church with the same pianist for both funerals and did think she should have gotten some sort of twofer from the crematorium.”

But now, two years later, it is time for Hattie to start over. She moves to the town of Riverlake, where she is soon joined by an immigrant Cambodian family on the run from their inner-city troubles, as well as—quite unexpectedly—by a just-retired neuroscientist ex-lover named Carter Hatch. All of them are, like Hattie, looking for a new start in a town that might once have represented the rock-solid base of American life but that is itself challenged, in 2001, by cell-phone towers and chain stores, struggling family farms and fundamentalist Christians.

"World and Town is an expansive, brilliantly detailed portrait of the struggle within Hattie between her generously practiced American present and the shadows that test it. . . . An imaginatively questioning and shrewdly written novel of our times." —The Boston Globe

"One of Jen’s greatest strengths is her fluid point of view, which she employs beautifully here. . . . Nothing is fixed for these unsettled characters, who keep trying to build new lives in a bewildering world, and whose victories, when they come, bring not rapture but “a defining grace, bittersweet and hard-won.” —The New York Times 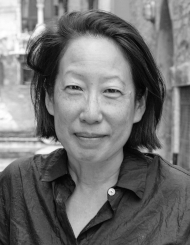 Gish Jen is a fellow of the American Academy of Arts and Sciences, and a recipient of fellowships from the Radcliffe Institute and the Guggenheim Foundation as well as of a Lannan Literary Award for Fiction and of a Mildred and Harold Strauss Living Award from the American Academy of Arts and Letters. Her short work has appeared in the New Yorker and other magazines, and has been included in The Best American Short Stories four times, including The Best American Short Stories of the Century. She delivered the William E. Massey Sr. Lectures in American Studies at Harvard University, where she is currently a visiting professor.