Incognito:
The Secret Lives of the Brain

Harvard Book Store is delighted to welcome renowned neuroscientist DAVID EAGLEMAN for a conversation about his newest exploration of brain science, Incognito: The Secret Lives of the Brain.

In Incognito, David Eagleman navigates the depths of the subconscious brain to illuminate surprising mysteries: Why can your foot move halfway to the brake pedal before you become consciously aware of danger ahead? Why do you hear your name being mentioned in a conversation that you didn’t think you were listening to? What do Ulysses and the credit crunch have in common? Why did Thomas Edison electrocute an elephant in 1916? Why are people whose names begin with J more likely to marry other people whose names begin with J? Why is it so difficult to keep a secret? And how is it possible to get angry at yourself—who, exactly, is mad at whom?

Taking in brain damage, plane spotting, dating, drugs, beauty, infidelity, synesthesia, criminal law, artificial intelligence, and visual illusions, Incognito is a subsurface exploration of the mind and all its contradictions.

"Incognito is...intended to explain [Eagleman's] day job to a general reader—and as such, it is a shining example of lucid and easy-to-grasp science writing. Which isn't to say that it is reductionist, nor that there's no space for poetic phrasing. Nor does Eagleman feel bound by his field. Neuroscience is at a stage, he argues, where it can weigh in on age-old philosophical debates.... It's a book about the things it is impossible to think about, and others that it is no longer possible not to." —The Independent (UK) 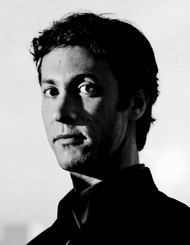 David Eagleman is a neuroscientist at Baylor College of Medicine, where he directs the Laboratory for Perception and Action as well as the Initiative on Neuroscience and Law. His scientific research has been published in journals from Science to Nature, and his neuroscience books include Wednesday Is Indigo Blue: Discovering the Brain of Synesthesia (with Richard Cytowic) and the forthcoming LiveWired. He is also the author of the internationally best-selling book of fiction Sum: Forty Tales from the Afterlives.