A Spark of Light:
A Novel

in conversation with CELESTE NG

Harvard Book Store welcomes celebrated novelist JODI PICOULT—whose last ten novels have debuted at number one on the New York Times bestseller list—for a discussion of her latest novel, A Spark of Light. She will be joined in conversation by CELESTE NG, award-winning author of Little Fires Everywhere and Everything I Never Told You.

Books included with tickets are pre-signed editions of A Spark of Light, specially bound by the publisher. This event does not include a book signing, and the author will not be personalizing copies of the book. In lieu of personalization, a professional photographer will be on-site to capture a personal meet-and-greet moment for each fan.

We unfortunately will not be able to accommodate orders for signed books. Additional copies of A Spark of Light will be available for purchase at the event but will not be signed.

About A Spark of Light

The warm fall day starts like any other at the Center—a women’s reproductive health services clinic—its staff offering care to anyone who passes through its doors. Then, in late morning, a desperate and distraught gunman bursts in and opens fire, taking all inside hostage.

After rushing to the scene, Hugh McElroy, a police hostage negotiator, sets up a perimeter and begins making a plan to communicate with the gunman. As his phone vibrates with incoming text messages he glances at it and, to his horror, finds out that his fifteen-year-old daughter, Wren, is inside the clinic.

But Wren is not alone. She will share the next and tensest few hours of her young life with a cast of unforgettable characters: A nurse who calms her own panic in order to save the life of a wounded woman. A doctor who does his work not in spite of his faith but because of it, and who will find that faith tested as never before. A pro-life protester, disguised as a patient, who now stands in the crosshairs of the same rage she herself has felt. A young woman who has come to terminate her pregnancy. And the disturbed individual himself, vowing to be heard.

Told in a daring and enthralling narrative structure that counts backward through the hours of the standoff, this is a story that traces its way back to what brought each of these very different individuals to the same place on this fateful day.

Jodi Picoult—one of the most fearless writers of our time—tackles a complicated issue in this gripping and nuanced novel. How do we balance the rights of pregnant women with the rights of the unborn they carry? What does it mean to be a good parent? A Spark of Light will inspire debate, conversation . . . and, hopefully, understanding.

“This riveting drama is sure to be supremely satisfying.” —Redbook

“Page-turning . . . a novel that puts its finger on the very pulse of the nation that we live in today.” —San Francisco Book Review

“A book that needs to be read.” —The Detroit News 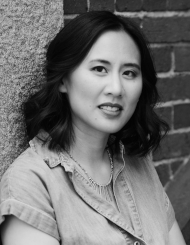 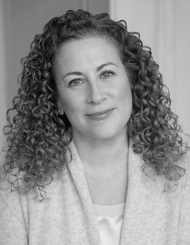 Jodi Picoult is the #1 New York Times bestselling author of twenty-three novels, including Small Great Things, Leaving Time, The Storyteller, Lone Wolf, Sing You Home, House Rules, Handle with Care, Change of Heart, Nineteen Minutes, and My Sister’s Keeper. She is also the author, with daughter Samantha van Leer, of two young adult novels, Between the Lines and Off the Page. Picoult lives in New Hampshire.

UPDATE: Tickets for this event are sold out. There will be not be a standby line for this event. Tickets are non-refundable and non-returnable.