No Visible Bruises:
What We Don't Know About Domestic Violence Can Kill Us

Harvard Book Store welcomes award-winning journalist RACHEL LOUISE SNYDER for a discussion of her latest book, No Visible Bruises: What We Don't Know About Domestic Violence Can Kill Us. She will be joined in conversation by SUZANNE DUBUS, the CEO of the Jeanne Geiger Crisis Center, and by award-winning writer ANDRE DUBUS III.

About No Visible Bruises

We call it domestic violence. We call it private violence. Sometimes we call it intimate terrorism. But whatever we call it, we generally do not believe it has anything at all to do with us, despite the World Health Organization deeming it a “global epidemic.” In America, domestic violence accounts for 15 percent of all violent crime, and yet it remains locked in silence, even as its tendrils reach unseen into so many of our most pressing national issues, from our economy to our education system, from mass shootings to mass incarceration to #MeToo. We still have not taken the true measure of this problem.

In No Visible Bruises, journalist Rachel Louise Snyder gives context for what we don't know we're seeing. She frames this urgent and immersive account of the scale of domestic violence in our country around key stories that explode the common myths—that if things were bad enough, victims would just leave; that a violent person cannot become nonviolent; that shelter is an adequate response; and most insidiously that violence inside the home is a private matter, sealed from the public sphere and disconnected from other forms of violence. Through the stories of victims, perpetrators, law enforcement, and reform movements from across the country, Snyder explores the real roots of private violence, its far-reaching consequences for society, and what it will take to truly address it.

“A powerful exploration of the sinister, insidious nature of domestic violence in America. . . . Bracing and gut-wrenching, with slivers of hope throughout, this is exemplary, moving reportage on an important subject that often remains in the dark due to shame and/or fear.” ―Kirkus Reviews, starred review

"No Visible Bruises is a seminal and breathtaking account of why home is the most dangerous place to be a woman. Through brilliant insights and myth-busting research, compelling storytelling, and a passionate focus on truth-telling, Rachel Louise Snyder places domestic violence exactly where it should be, smack in the center of everything. A tour de force." ―Eve Ensler, author of The Vagina Monologues

Andre Dubus III and Suzanne Dubus, originally scheduled to join this event in conversation, are no longer able to attend. 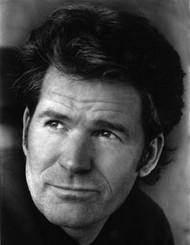 Andre Dubus III is the author of Gone So Long, Dirty Love, The Garden of Last Days, House of Sand and Fog (a #1 New York Times bestseller, Oprah’s Book Club pick, and finalist for the National Book Award), and Townie, winner of an American Academy of Arts and Letters Award in Literature. His writing has received many honors, including a Guggenheim Fellowship, a National Magazine Award, and two Pushcart Prizes. He lives with his family in Newburyport, Massachusetts. 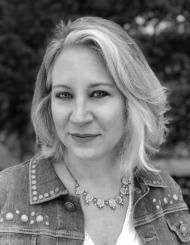 Rachel Louise Snyder’s work has appeared in the New Yorker, the New York Times Magazine, the Washington Post, the New Republic, and elsewhere. Her other books include Fugitive Denim: A Moving Story of People and Pants in the Borderless World of Global Trade, and the novel What We’ve Lost Is Nothing. She has been the recipient of an Overseas Press Award for her work on This American Life. No Visible Bruises was awarded the J. Anthony Lukas Work-in-Progress Award. An associate professor at American University, Snyder lives in Washington, D.C. 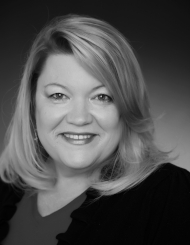 Suzanne Dubus is the CEO of Jeanne Geiger Crisis Center and is credited with developing and administering domestic violence programs throughout the United States that are informed by the needs of survivors and are comprehensive and effective. A survivor of domestic violence, she was named a Champion of Change by the White House in October 2011 and currently serves as a member of the Massachusetts Governor’s Council on Sexual and Domestic Violence. She was former president and is a current member of the board of Jane Doe, Inc., the statewide coalition of domestic violence and sexual assault programs.