Neutron Stars:
The Quest to Understand the Zombies of the Cosmos

Harvard Book Store's virtual event series, the Harvard University Division of Science, and the Harvard Library welcome acclaimed science journalist KATIA MOSKVITCH for a discussion of her latest book, Neutron Stars: The Quest to Understand the Zombies of the Cosmos.

While payment is not required, we are suggesting a $3 contribution to support this author series, our staff, and the future of Harvard Book Store—a locally owned, independently run Cambridge institution. In addition, by purchasing a copy of Neutron Stars on harvard.com, you support indie bookselling and the writing community during this difficult time.

Neutron stars are as bewildering as they are elusive. The remnants of exploded stellar giants, they are tiny, merely twenty kilometers across, and incredibly dense. One teaspoon of a neutron star would weigh several million tons. They can spin up to a thousand times per second, they possess the strongest magnetic fields known in nature, and they may be the source of the most powerful explosions in the universe. Through vivid storytelling and on-site reporting from observatories all over the world, Neutron Stars offers an engaging account of these still-mysterious objects.

Award-winning science journalist Katia Moskvitch takes readers from the vast Atacama Desert to the arid plains of South Africa to visit the magnificent radio telescopes and brilliant scientists responsible for our knowledge of neutron stars. She recounts the exhilarating discoveries, frustrating disappointments, and heated controversies of the past several decades and explains cutting-edge research into such phenomena as colliding neutron stars and fast radio bursts: extremely powerful but ultra-short flashes in space that scientists are still struggling to understand. She also shows how neutron stars have advanced our broader understanding of the universe—shedding light on topics such as dark matter, black holes, general relativity, and the origins of heavy elements like gold and platinum—and how we might one day use these cosmic beacons to guide interstellar travel.

With clarity and passion, Moskvitch describes what we are learning at the boundaries of astronomy, where stars have life beyond death.

“Neutron stars, super-dense balls of nuclear matter at the end-points of stellar evolution, are detectable from Earth through their emission of radio and gravitational waves. Katia Moskvitch provides a fascinating tour of the world’s most sensitive detectors for such radiation, the prediction and discovery of neutron stars, their place in the grand cosmic scheme, and up-close views of many of the gifted astrophysicists behind these discoveries.” —Joseph H. Taylor, Jr., winner of the Nobel Prize in Physics

“For astronomers, neutron stars are the gift that keeps on giving. For more than fifty years, a crescendo of discoveries has amazed us and led us to probe the laws of physics to the breaking point. Katia Moskvitch recounts the key advances and clearly explains the underlying science. And she has the journalistic skills to offer readers a real feel for what it's like to be part of the international community of astronomers—experiencing triumphs and disappointments in the quest to discover exotic cosmic phenomena.” —Martin Rees, author of On the Future

“If watching Tom Cruise in Top Gun made some want to be navy pilots, this book will make many young scientists want to become detectives of the universe. Katia Moskvitch takes us through the history of our understanding of the enigmatic neutron stars in a book that is punctuated with human stories, crazy ideas, novel instrumentation, and profound discoveries. This rich tale is an inspiring account of the process of science.” —France A. Córdova, former Director of the National Science Foundation 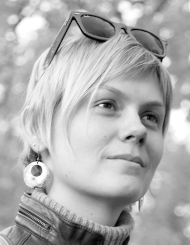 Katia Moskvitch is a contributor to The Economist, Science, and Quanta Magazine. She has been an editor at Wired UK and staff writer at Nature and BBC News. In 2019 she was named the European Science Journalist of the Year by the World Conference of Science Journalists.