Biography of Resistance:
The Epic Battle Between People and Pathogens

in conversation with KEVIN OUTTERSON

Harvard Book Store's virtual event series welcomes MUHAMMAD H. ZAMAN—the Howard Hughes Medical Institute Professor of Biomedical Engineering and International Health at Boston University—for a discussion of his book Biography of Resistance: The Epic Battle Between People and Pathogens. He will be joined in conversation by fellow Boston University professor and co-director of the Health Law Program, KEVIN OUTTERSON.

While payment is not required, we are suggesting a $3 contribution to support this author series, our staff, and the future of Harvard Book Store—a locally owned, independently run Cambridge institution. In addition, by purchasing a copy of Biography of Resistance on harvard.com, you support indie bookselling and the writing community during this difficult time.

About Biography of Resistance

In September 2016, a woman in Nevada became the first known case in the U.S. of a person who died of an infection resistant to every antibiotic available. Her death is the worst nightmare of infectious disease doctors and public health professionals. While bacteria live within us and are essential for our health, some strains can kill us. As bacteria continue to mutate, becoming increasingly resistant to known antibiotics, we are likely to face a public health crisis of unimaginable proportions. “It will be like the great plague of the middle ages, the influenza pandemic of 1918, the AIDS crisis of the 1990s, and the Ebola epidemic of 2014 all combined into a single threat,” Muhammad H. Zaman warns.

Biography of Resistance is Zaman’s riveting and timely look at why and how microbes are becoming superbugs. It is a story of science and evolution that looks to history, culture, attitudes and our own individual choices and collective human behavior. Following the trail of resistant bacteria from previously uncontacted tribes in the Amazon to the isolated islands in the Arctic, from the urban slums of Karachi to the wilderness of the Australian outback, Zaman examines the myriad factors contributing to this unfolding health crisis—including war, greed, natural disasters, and germophobia—to the culprits driving it: pharmaceutical companies, farmers, industrialists, doctors, governments, and ordinary people, all whose choices are pushing us closer to catastrophe.

Joining the ranks of acclaimed works like Microbe Hunters, The Emperor of All Maladies, and Spillover, Biography of Resistance is a riveting and chilling tale from a natural storyteller on the front lines, and a clarion call to address the biggest public health threat of our time.

Praise for Biography of Resistance

“I was born under the antibiotic umbrella and took effective antibiotics for granted. Yet we still battle pneumonia, which still kills 800,000 children per year, due to a lack of access. Meanwhile, there is excess use of antibiotics, in humans and animals, causing the problem of drug-resistant infections. This book tells you the story of the people who set up the antibiotic umbrella and the challenge to keep it up—for all of us, together, as one humanity. Because no wall will ever protect us against drug-resistant infections.” —Stefan Swartling Peterson, chief of health, UNICEF

“If you read one book this year, please make it this one. A breathtaking, inspiring, and very personal account of one of the greatest challenges of our time—drug-resistant infections—an issue that will undermine the whole of modern medicine unless we act, and we act now . . . This book fills one with hope that science can overcome the challenge, politicians can act, policies can work, and drug-resistant infections do not need to be the end of modern medicine.” —Sir Jeremy Farrar, director of Wellcome Trust

“Biography of Resistance is a sweeping and engaging history of the tango humanity dances with bacteria—which both make human life possible and have the capacity to end it. Our efforts in the past hundred years to gain the upper hand have led to remarkable successes—but now may be backfiring as antimicrobial resistance looms as the biggest public health challenge of our time. Dr. Zaman’s story is timely and urgent.” —Kathleen Sebelius, former United States Secretary of Health and Human Services 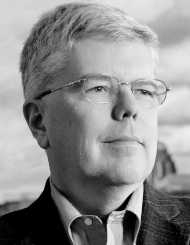 Kevin Outterson teaches health care law at Boston University, where he co-directs the Health Law Program. He serves as the Executive Director and Principal Investigator for CARB-X, a $500M international public-private partnership to accelerate global antibacterial innovation. Professor Outterson’s research work focuses on the law and economics of antimicrobial resistance. He served as a senior author on many key research reports on antibiotic innovation, including Chatham House, ERG, DRIVE-AB, and the Lancet Commission. 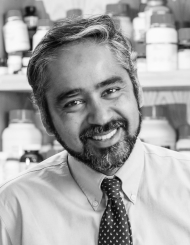 Muhammad H. Zaman is the author of Biography of Resistance: The Epic Battle Between People and Pathogens. He is the Howard Hughes Medical Institute Professor of Biomedical Engineering and International Health at Boston University. He has won numerous awards for his research and teaching from the American Society for Engineering Education, The US National Academy of Sciences, The University of Texas System, Boston University and other national and international organizations. He is a regular contributor on issues of drug quality control and global health for the Project Syndicate, Huffington Post and writes a weekly column on innovation in health and education for leading Pakistan daily, Express Tribune which is part of the International New York Times group.