The Narrow Corridor:
States, Societies, and the Fate of Liberty

Harvard Book Store welcomes DARON ACEMOGLU, renowned economist and Institute Professor at MIT, for a discussion of his latest book, The Narrow Corridor: States, Societies, and the Fate of Liberty. This event is co-sponsored by Mass Humanities.

About The Narrow Corridor

Liberty is hardly the "natural" order of things. In most places and at most times, the strong have dominated the weak and human freedom has been quashed by force or by customs and norms. Either states have been too weak to protect individuals from these threats or states have been too strong for people to protect themselves from despotism. Liberty emerges only when a delicate and precarious balance is struck between state and society.

There is a Western myth that political liberty is a durable construct, a steady state, arrived at by a process of "enlightenment." This static view is a fantasy, the authors argue; rather, the corridor to liberty is narrow and stays open only via a fundamental and incessant struggle between state and society. The power of state institutions and the elites that control them has never gone uncontested in a free society. In fact, the capacity to contest them is the definition of liberty. State institutions have to evolve continuously as the nature of conflicts and needs of society change, and thus society's ability to keep state and rulers accountable must intensify in tandem with the capabilities of the state.

This struggle between state and society becomes self-reinforcing, inducing both to develop a richer array of capacities just to keep moving forward along the corridor. Yet this struggle also underscores the fragile nature of liberty. It is built on a fragile balance between state and society, between economic, political, and social elites and citizens, between institutions and norms. One side of the balance gets too strong, and as has often happened in history, liberty begins to wane. Liberty depends on the vigilant mobilization of society. But it also needs state institutions to continuously reinvent themselves in order to meet new economic and social challenges that can close off the corridor to liberty.

Today we are in the midst of a time of wrenching destabilization. We need liberty more than ever, and yet the corridor to liberty is becoming narrower and more treacherous. The danger on the horizon is not "just" the loss of our political freedom, however grim that is in itself; it is also the disintegration of the prosperity and safety that critically depend on liberty. The opposite of the corridor of liberty is the road to ruin.

Praise for The Narrow Corridor

“The Narrow Corridor takes us on a fascinating journey, across continents and through human history, to discover the critical ingredient of liberty. In these times, there can be no more important search—nor any more important book.” —George Akerlof, Nobel laureate in economics, 2001

“Liberty does not come easily. Many populations suffer from ineffective governments and are stuck in a cage of norms and traditions. Others are subdued by a despotic Leviathan. In this highly original and gratifying fresco, Daron Acemoglu and Jim Robinson take us on a journey through civilizations across time and space. A remarkable achievement that only they could pull off and that seems destined to repeat the stellar performance of Why Nations Fail.” —Jean Tirole, Toulouse School of Economics, Nobel laureate in economics, 2014

“With gripping examples of civilizations that thrived or failed, Acemoglu and Robinson provide an exhilarating analysis of the critical balance needed between state and society. The Narrow Corridor is destined to be the landmark book that maps the future of freedom for any serious policy maker, scholar, or citizen.” —Erik Brynjolfsson, coauthor of The Second Machine Age 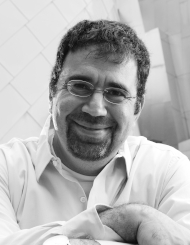 Daron Acemoglu is an Institute Professor at MIT. In 2005 he received the John Bates Clark Medal, given to economists under age forty judged to have made the most significant contribution to economic thought and knowledge, in 2012 he was awarded the Erwin Plein Nemmers Prize in economics for work of lasting significance, and in 2016 he received the BBVA Frontiers of Knowledge Award in economics, finance, and management for his lifetime contributions.