in conversation with CLINT SMITH

This event will now take place at Memorial Church in Harvard Yard, located across from Widener Library. (Please note this is Memorial Church, not to be confused with Harvard's Memorial Hall.)

Harvard Book Store and the Hutchins Center for African and African American Research welcome two-time National Book Award–winning writer JESMYN WARD—author of Salvage the Bones and The Fire This Time—for a discussion of the paperback release of Sing, Unburied, Sing: A Novel. She will be joined in conversation by award-winning writer, educator, and scholar CLINT SMITH.

Jojo is thirteen years old and trying to understand what it means to be a man. He doesn’t lack in fathers to study, chief among them his Black grandfather, Pop. But there are other men who complicate his understanding: his absent White father, Michael, who is being released from prison; his absent White grandfather, Big Joseph, who won’t acknowledge his existence; and the memories of his dead uncle, Given, who died as a teenager.

His mother, Leonie, is an inconsistent presence in his and his toddler sister’s lives. She is an imperfect mother in constant conflict with herself and those around her. She is Black and her children’s father is White. She wants to be a better mother but can’t put her children above her own needs, especially her drug use. Simultaneously tormented and comforted by visions of her dead brother, which only come to her when she’s high, Leonie is embattled in ways that reflect the brutal reality of her circumstances.

When the children’s father is released from prison, Leonie packs her kids and a friend into her car and drives north to the heart of Mississippi and Parchman Farm, the State Penitentiary. At Parchman, there is another thirteen-year-old boy, the ghost of a dead inmate who carries all of the ugly history of the South with him in his wandering. He too has something to teach Jojo about fathers and sons, about legacies, about violence, about love.

Rich with Ward’s distinctive, lyrical language, Sing, Unburied, Sing is a majestic and unforgettable family story and an odyssey through rural Mississippi’s past and present.

"Staggering . . . even more expansive and layered [than Salvage the Bones]. A furious brew with hints of Toni Morrison and Homer’s The Odyssey, Ward’s novel hits full stride when Leonie takes her children and a friend and hits the road to pick up her children’s father, Michael, from prison. On a real and metaphorical road of secrets and sorrows, the story shifts narrators—from Jojo to Leonie to Richie, a doomed boy from his grandfather’s fractured past—as they crash into both the ghosts that stalk them, as well as the disquieting ways these characters haunt themselves." —The Boston Globe

"While the magical element is new in Ward’s fiction, her allusiveness, anchored in her interest in the politics of race, has been pointing in this direction all along. It takes a touch of the spiritual to speak across chasms of age, class, and color . . . The signal characteristic of Ward’s prose is its lyricism. 'I’m a failed poet,' she has said. The length and music of Ward’s sentences owe much to her love of catalogs, extended similes, imagistic fragments, and emphasis by way of repetition . . . The effect, intensified by use of the present tense, can be hypnotic. Some chapters sound like fairy tales. This, and her ease with vernacular language, puts Ward in fellowship with such forebears as Zora Neale Hurston and William Faulkner." —The New Yorker

"However eternal its concerns, Sing, Unburied, Sing, Ward’s new book, is perfectly poised for the moment. It combines aspects of the American road novel and the ghost story with a timely treatment of the long aftershocks of a hurricane and the opioid epidemic devouring rural America." —The New York Times 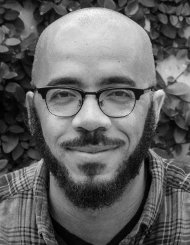 Clint Smith is a writer, teacher, and doctoral candidate in Education at Harvard University. He is a recipient of the National Science Foundation's Graduate Research Fellowship with research interests that include mass incarceration, the sociology of race & racism, and the history of U.S. inequality. His essays, poems, and scholarly writing have been published in The New Yorker, The Atlantic, The New Republic, The Guardian, The Paris Review, the Harvard Educational Review and elsewhere. His first full-length collection of poetry, Counting Descent, won the 2017 Literary Award for Best Poetry Book from the Black Caucus of the American Library Association. He lives in Washington D.C. with his wife and son. 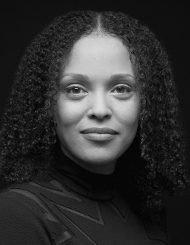 Jesmyn Ward received her MFA from the University of Michigan and has received the MacArthur Genius Grant, a Stegner Fellowship, a John and Renee Grisham Writers Residency, and the Strauss Living Prize. She is the winner of two National Book Awards for Fiction for Sing, Unburied, Sing and Salvage the Bones. She is also the author of Where the Line Bleeds, Men We Reaped, and The Fire This Time. She is currently an associate professor of creative writing at Tulane University and lives in Mississippi.