Bleeding Out:
The Devastating Consequences of Urban Violence—and a Bold New Plan for Peace in the Streets

Harvard Book Store welcomes THOMAS ABT—senior research fellow at the Harvard Kennedy School of Government—for a discussion of his new book, Bleeding Out: The Devastating Consequences of Urban Violence—and a Bold New Plan for Peace in the Streets. He will be joined in conversation by renowned national leader and expert in gang, youth, and urban violence reduction, REVEREND JEFFREY L. BROWN.

Urban violence is one of the most divisive and allegedly intractable issues of our time, but in Bleeding Out, Harvard scholar Thomas Abt shows that we actually possess all the tools necessary to stem violence in our cities. Combining the latest social science with firsthand experience as a crime-fighter, Abt demonstrates that we must focus on "hot people," the small groups of men who commit the majority of serious crimes, and on "hot spots," the blocks and corners where violence clusters. Arguing against hopelessness and fearmongering, Abt proposes a relentless focus on violence—not drugs, gangs, or guns. But the goal is not just to save lives. As Abt reveals, because violence acts as the linchpin of urban poverty, curbing such crime can unlock the untapped potential of our nation's most disadvantaged communities.

Praise for Bleeding Out

"Bleeding Out is a readable guide for newcomers and a corrective for academics, establishing that urban violence truly is our greatest criminal justice problem. Thomas Abt knows what matters: neither the get-tough rhetoric from the right nor the denial on the left really address what ails urban poor people as they struggle with violent crime." ―Jill Leovy, author of Ghettoside: A True Story of Murder in America

"From dangerous street corners to the corner offices of power, Thomas Abt focuses like a laser on the critical issues of crime and public safety. Policy makers, law enforcers, and community leaders should read his work if they're serious about making America safe—for all of us!" ―Michael A. Nutter, mayor of Philadelphia, 2008-2016

"Bleeding Out is an illuminating and engaging book. Building on evidence involving anti-violence evaluations and dozens of face-to-face interviews, Thomas Abt's new paradigm for understanding and combatting urban violence is persuasive. This is required reading for all concerned citizens and policymakers." ―William Julius Wilson 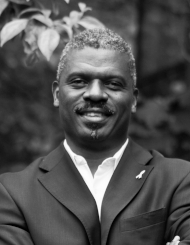 Rev. Jeffrey L. Brown is a nationally recognized leader and expert in gang, youth and urban violence reduction and coalition building. He is the founder of RECAP (Rebuilding Every City Around Peace), a national initiative organized to assist cities build better partnerships between the faith-based community, government and law enforcement agencies in an effort to reduce gang violence. He is also one of the co-founders of the Boston Ten Point Coalition, a faith-based group that was an integral part of the “Boston Miracle”, a process where the city experienced a 79% decline in violent crime in the 90s, and spawned countless urban collaborative efforts in subsequent years that followed the Boston Ceasefire and faith-based model. 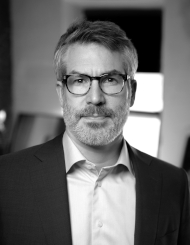 Thomas Abt is a senior research fellow at the Harvard Kennedy School of Government. Previously, he served as a policymaker in Barack Obama's Justice Department and worked for New York governor Andrew Cuomo, overseeing all criminal justice and homeland security agencies in the state. Abt lives in Cambridge, Massachusetts.