Harvard Book Store is glad to welcome pianist and composer ALLEN SHAWN discusses his newest memoir, Twin, about growing up as the twin brother of a sister with autism.

When Allen Shawn and his sister, Mary, were two, Mary began exhibiting signs of what would be diagnosed many years later as autism. Understanding Mary and making her life a happy one appeared to be impossible for the Shawns. At the age of eight, with almost no warning, her parents sent Mary to a residential treatment center. She never lived at home again.

Fifty years later, as he probed the sources of his anxieties in his previous memoir, Wish I Could Be There, Shawn realized that his fate was inextricably linked to his sister's, and that their natures were far from being different.

Twin highlights the difficulties American families coping with autism faced in the 1950s. Shawn also examines the secrets and family dramas as his father, William, became editor of The New Yorker. Twin reconstructs a parallel narrative for the two siblings, who experienced such divergent fates yet shared talents and proclivities. 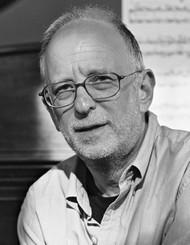 Allen Shawn is a pianist, a composer of chamber and orchestral music, and a professor at Bennington College. He was the recipient of a 1995 Goddard Lieberson Fellowship from the American Academy of Arts and Letters, and an Academy Award in Music from the Academy in 2001.  He is active as a pianist, and is the author of two previous books, Arnold Schoenberg's Journey (2002), which won the 2003 ASCAP Deems Taylor Award, and Wish I Could Be There (2007), as well as articles on contemporary music for the Atlantic Monthly, The Musical Times, and The Times Literary Supplement. BA, Harvard; study with Nadia Boulanger; MA, Columbia.