in conversation with BOB FRISHMAN

Harvard Book Store welcomes ANASTASIA C. CURWOOD—professor and Chair of History and Director of Commonwealth Institute for Black Studies at the University of Kentucky—for a discussion of her new book Shirley Chisholm: Champion of Black Feminist Power Politics. She will be joined in conversation by BOB FRISHMAN—former speechwriter for Congresswoman Chisholm.

Shaking up New York and national politics by becoming the first African American congresswoman and, later, the first Black major-party presidential candidate, Shirley Chisholm left an indelible mark as an "unbought and unbossed" firebrand and a leader in politics for meaningful change. Chisholm spent her formative years moving between Barbados and Brooklyn, and the development of her political orientation did not follow the standard narratives of the civil rights or feminist establishments. Rather, Chisholm arrived at her Black feminism on her own path, making signature contributions to U.S. politics as an inventor and practitioner of Black feminist power—the vantage point centering Black girls and women in the movement that sought to transform political power into a broadly democratic force.

Anastasia C. Curwood interweaves Chisholm's public image, political commitments, and private experiences to create a definitive account of a consequential life. In so doing, Curwood suggests new truths for understanding the social movements of Chisholm's time and the opportunities she forged for herself through multicultural, multigenerational, and cross-gender coalition building.

"A well-rounded portrait of the late politician, who, half a century ago, helped set the tone for contemporary Black and feminist politics . . . Curwood deftly reveals Chisholm's complexities and sometimes secretive nature as well as her tenacity in political struggles . . . A model political biography that all modern activists should read." —Kirkus Reviews (starred review)

"Accessible and enlightening, this is a well-rounded portrait of a pioneering politician." —Publishers Weekly 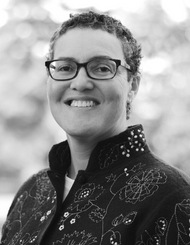 Anastasia C. Curwood is a professor and Chair of History and Director of Commonwealth Institute for Black Studies at the University of Kentucky. She is the author of Stormy Weather: Middle-Class African American Marriages between the Two World Wars. 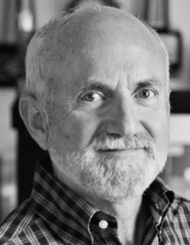 BOB FRISHMAN began his ten-year career on Capitol Hill in 1973 after graduating with a political science degree from George Washington University. For seven years he was a legislative aide to Congressman John Conyers from Detroit, and then worked as speechwriter and press secretary for Congresswoman Shirley Chisholm during her final three years in the U.S. House of Representatives. While on her Washington, D.C. staff, he wrote 84 speeches that she addressed mainly to activist and educational audiences around the country.